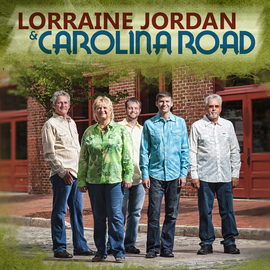 Pinecastle is proud to announce that for the last four weeks Lorraine Jordan & Carolina Road have occupied the #1 spot on Bluegrass Today’s weekly airplay chart with their single, “That’s Kentucky.”

Their music video of the track has also been released and is available to view on YouTube and below. A big “thank you” is due to all the DJs for playing the song, all of the fans for their requests, and Tom T. Hall, Troy Engle, and Dixie Hall for writing such a great song and helping to promote it.

“I was so excited when I found out the Lorraine Jordan & Carolina Road recording of “That’s Kentucky” was the number one song again on the Bluegrass Today Charts! I believed in this song the first time I read the words to it. It pays great tribute to the Bluegrass people and the great state of Kentucky. I appreciate all those who continue to asked for it and those who continue to play it. It tells me that tradition is still alive and it can live on through a song. I am so honored to part of this tradition!” – Lorraine Jordan

The band has also released a Christmas single called “Christmas in the Smokies,” a bonus recording not included on their album but available for digital download in all stores December 3rd, and right now at PinecastleMusic.com where a preview track is also available. The single is inspired by the annual Christmas in the Smokies Bluegrass Festival held in Pigeon Forge, Tennessee. The festival is right around the corner on December 11-14th and features Lorraine Jordan & Carolina Road along with Doyle Lawson & Quicksilver, Dale Ann Bradley, Volume 5, Nothin’ Fancy, James King Band, Goldwing Express, Paul Williams & Victory Trio, and many more. More information at: www.bluegrasschristmasinsmokies.com.

Pinecastle Records was created nearly 23 years ago as a favor to a friend and has since grown into a legendary label with nearly 250 releases in its catalog including titles from some of the most influential musicians in the bluegrass genre such as Eddie Adcock, The Osborne Brothers, Jim and Jesse and Charlie Waller & The Country Gentlemen. Pinecastle has always placed an emphasis on fostering the talents of bluegrass up and comers and has helped with the growth of the careers of Terry Eldredge, Jesse Brock, Josh Williams, and Kristin Scott Benson, among others. Today, Pinecastle is situated in the mountains of North Carolina owned by medical doctor Lonnie Lassiter and ran by CEO Ethan Burkhardt and COO Matt Hood.