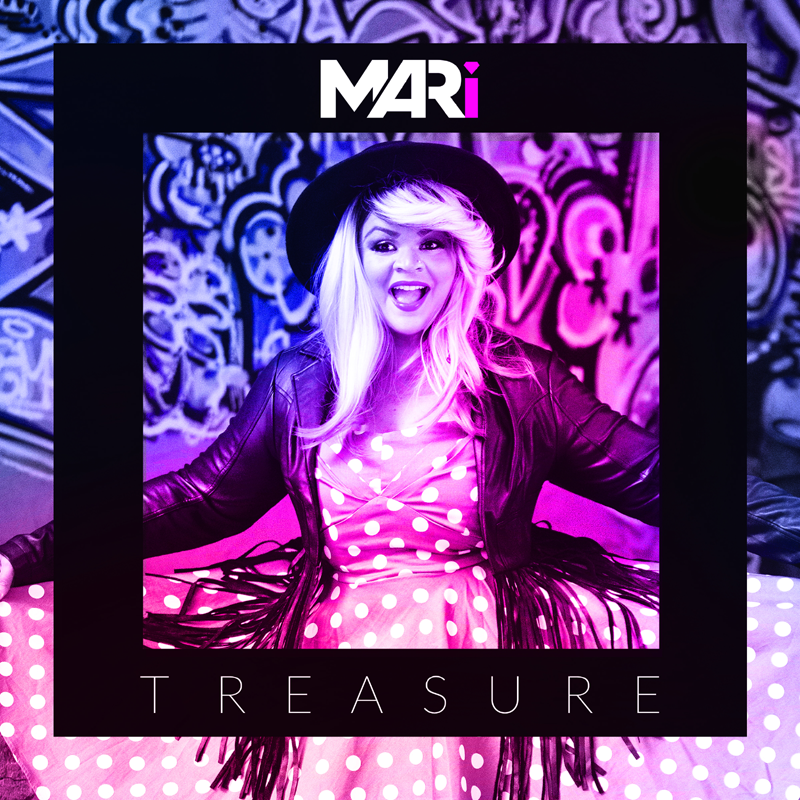 Hailing from Queens, New York, powerhouse vocalist MARi is bringing a musical tapestry of texture, color and style to the Contemporary Christian Music arena with her upcoming debut album, Treasure. The album will be available on May 27th via Nashville-based Elevate Entertainment and Syntax Creative.

An energetic hybrid of dance, pop, Latin and reggae, MARi anchors her distinctive sound in equally bold lyrics. “People have fun trying to pinpoint my specific style of music,” says MARi, who wrote all of the songs on the album. “But first my music is a message—that God can take all the junk of your past and shape it into something that brings Him crazy glory.”

With Treasure, MARi delivers that message in a refreshing kaleidoscope of sounds. You’ll find it in dance tracks such as “Shine Brighter,” fiery Latin tunes like “Estoy Bien,” pop beats such as “It’s a Beautiful Day,” and inspiring anthems such as “If My People Pray,” “I Believe in Jesus,” and the title track, “Treasure.”

Influenced by genre innovators such as Lecrae, MARi admits that she tries to avoid attempts to squeeze her into a specific box, hoping instead that Treasure appeals to music lovers everywhere.

“Treasure will connect with several different audiences,” says MARi. “You will have fun, you will dance, you will sing out loud for sure. But you’re also gonna end up worshipping—whether you planned to or not.”

The making of Treasure came at a time of intense personal struggle for MARi and echoes the deeper lessons she learned while traveling uncharted roads.

The central message of Treasure comes from the lessons MARi learned while making her debut album… “Life can be hard, and people can be messy, but Jesus can take that busted equation and make it shine.”

MARi is managed by Michael Smith & Associates and booked by Behind the Voice Agency.