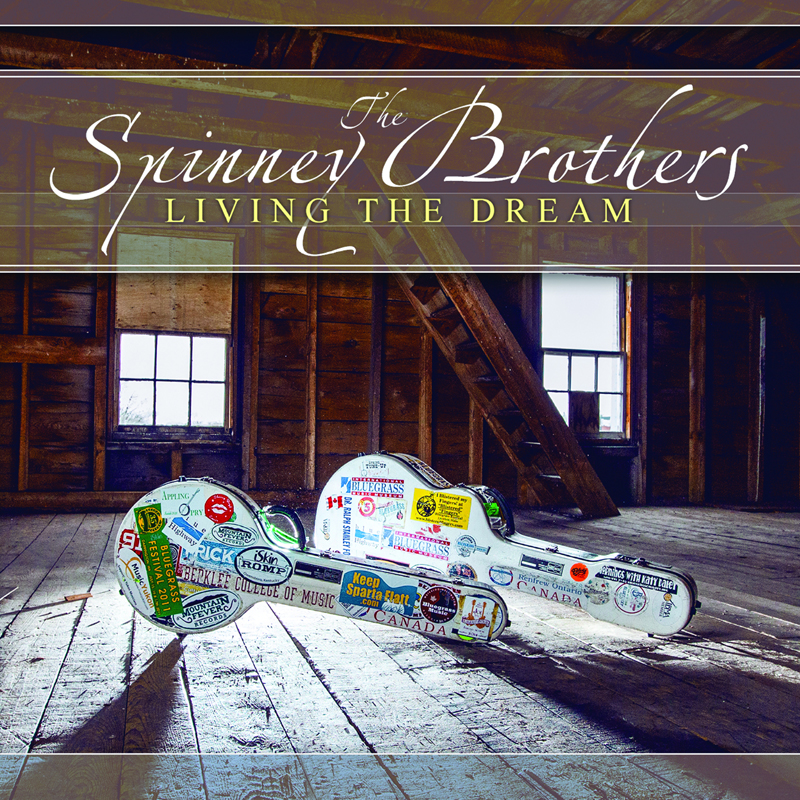 The Spinney Brothers – “Living The Dream”

In recent years, The Spinney Brothers have established the reputation of being one of bluegrass music’s hardest-working, well-loved bands due to spending approximately 150 days each year traveling between their Canadian home to venues all over the United States and beyond. Their music and infectious personalities have endeared them to a growing fanbase that has become not only very loyal, but very vocal when it comes to lauding the band’s praises. In 2014, the band was nominated for two IBMA awards for Emerging Artist and Song of the Year which afforded them a performance during the prestigious IBMA Awards; a performance that has since been cited as one of the show’s highlights. With the title track from their upcoming album, “Living the Dream” will resonate well with not only fans but also with the band’s colleagues. Speaking of the life of a musician who leaves a note for his sleeping wife as he heads out with his fellow band-mates for the next gig, affording him the opportunity to continue living his dream of playing music. It’s a story often told by road warriors and one that is a true-to-life experience for Rick Spinney who co-wrote the song with Ryan Roberts.

Mountain Fever Records is pleased to announce Living the Dream from The Spinney Brothers due to release April 29th and available for pre-order now.