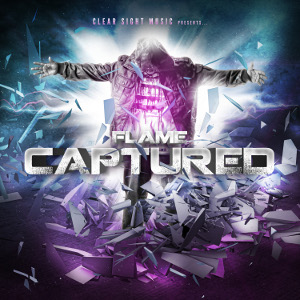 FLAME is a GRAMMY-nominated Christian Hip-Hop recording artist with Clear Sight Music. He has released five albums including: self-titled FLAME, Rewind, Our World Fallen, and Our World Redeemed. His fourth album, Our World Redeemed, was nominated for a GRAMMY Award. FLAME has also been nominated for Dove and Stellar awards throughout his music career. FLAME’s newest album is entitled, Captured, which released on Dec. 28, 2010. Captured debuted at #1 on Billboard Gospel, #5 on Billboard Christian, and #152 on Billboard Top 200. Despite all of the recognition, most importantly there have been many testimonies of how God has used FLAME’s music as a means of grace in people’s lives. To God be the glory!