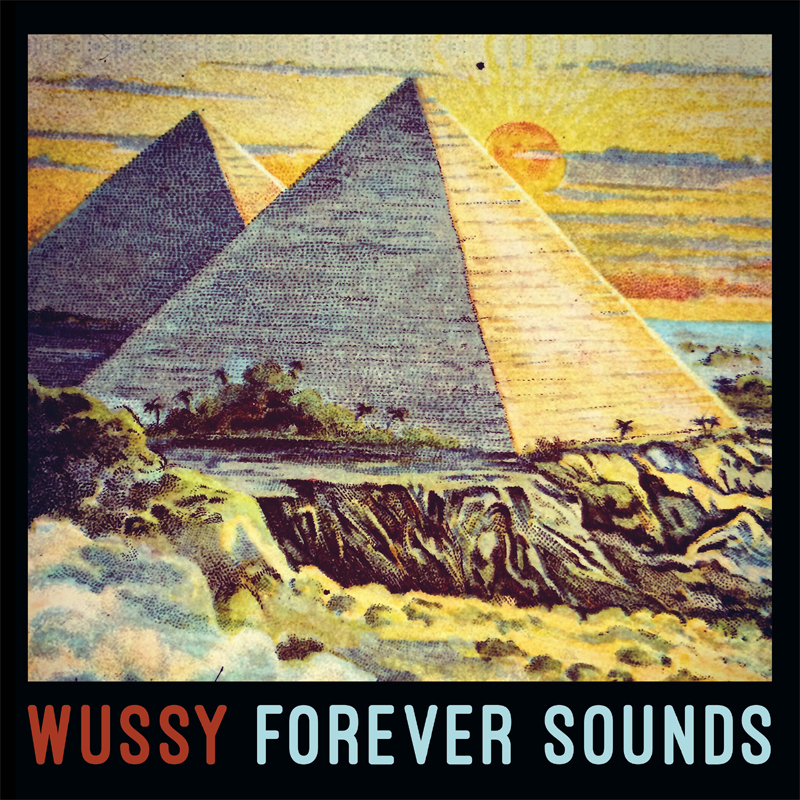 Formed on a dare in 2001, Cincinnati’s Wussy is at the forefront of New Midwestern Psychedelia. Following the release of their cult classic debut in 2005, “to certain fans of Lucinda Williams, Crazy Horse, Mekons and R.E.M., Wussy became the best band in America almost instantaneously with… Funeral Dress” (SPIN). Heralded by critics for both their songwriting and varied sonic palette, the five-piece is pleased to announce their sixth full-length Forever Sounds, due out March 4 via Shake It Records and available for pre-order now.

Dubbed by SPIN as “their most challenging and densely textured to date”, the new album finds Wussy crafting raw and melodic material, exploring such themes as hauntings, false prophets, aliens, and The Big Lebowski all blanketed inside layers of noise. In anticipation for the release, Wussy has revealed the first track “Dropping Houses” on SPIN.

Lyrically, Forever Sounds deals with themes of the unknown, the archaic, and the occult. Album opener, “Dropping Houses” looks back at a toxic relationship and mentions the Wizard of Oz through a singable wall of noise. Other pop culture references abound, such as “Donny’s Death Scene” which eulogizes Donny Kerabatsos in the Coen Brothers movie The Big Lebowski. “She’s Killed Hundreds” offers a catchy, fuzzed out track about hearing the fantastic tales of someone or something that you’ve lost.

Made up of Chuck Cleaver (Ass Ponys), Lisa Walker, Mark Messerly, Joe Klug, and John Erhardt, Wussy has truly come into their own on the new album. Following the band’s first US TV appearance on CBS in 2014 and increased critical acclaim from the likes of Pitchfork and SPIN, they headed to the studio to record Forever Sounds with renewed vigor. John Hoffman and Jerri Queen (both of Vacation), along with John Curley (Afghan Whigs) at Curley’s Ultrasuede Studios, the new team and location enabled the band to take more chances and create the sound they had always been reaching for. While their pop sensibilities remain intact, the mix and instrumentation are more reminiscent of the band’s noise-heavy live shows. The album’s ten tracks are full of hope, determination, heartbreak, deception, aliens, the supernatural, the everyday, friendship, love and second chances.