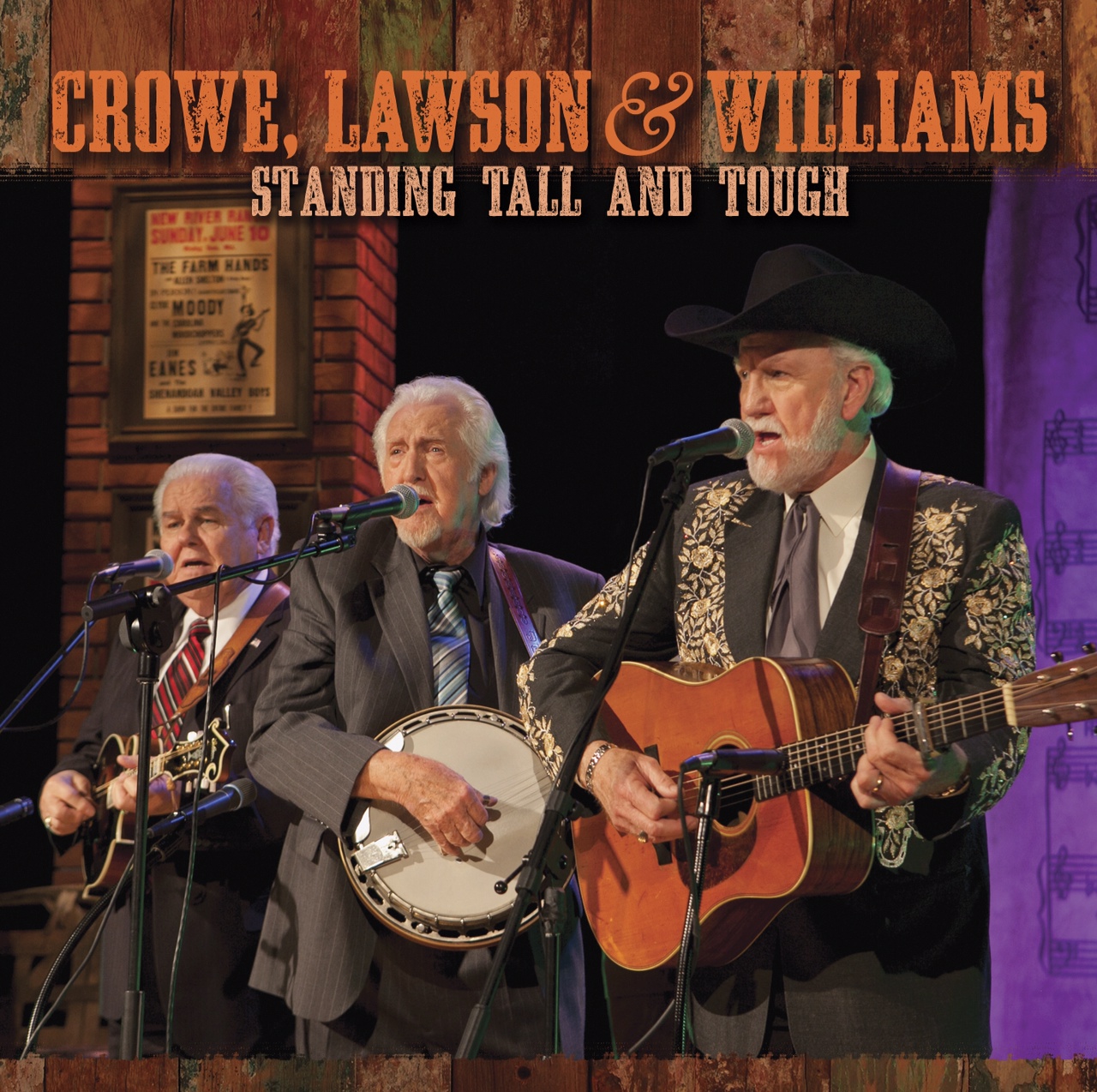 Capturing the traditional drive, emotion and feel of 1950’s and 60’s Bluegrass, the trio presents songs that they themselves helped to make classics.

With vocal resonance and instrumental precision, the trio stands strong through songs like “Fraulein” and “HIlls of Roane County.”  Both are Bluegrass standards due in part due in part to the high, lonesome sound of Paul Williams.

Doyle Lawson,known as a trendsetting mandolin player, switches gears on this project. Stepping into the guitar role on “My Walking Shoes,” “Little Angel in Heaven,” and “Pretending I Don’t Care,” Lawson reminds us of the powerful Jimmy Martin style of Bluegrass and fundamental framework that followed.

“Standing Tall and Tough may appear to some as boisterous or even belligerent, but it’s not! To J.D., Paul, and me, it means that after all the years of being involved in music, the love we have for it hasn’t diminished at all. The joy of being onstage or in the recording studio is a feeling beyond words for us.” ~Doyle Lawson

Gospel numbers share an equal presence. With the Louvin Brothers’ “Do You Like What You Preach,” “Don’t Laugh,” and “Insured Beyond the Grave,” these icons tip their hats to Gospel tradition.

J.D. Crowe returns from retirement as a full time Bluegrass band leader for Standing Tall and Tough to remind us why he is the most influential banjo player since Earl Scruggs.

In a world where everyone is searching for the next new thing, it’s significant for three artists who have been on the forefront of this music for decades to continue to deliver with excellence and innovation.

“How amazing is it that three guys on Medicare can still be onstage performing this great American music called Bluegrass?” ~Paul Williams