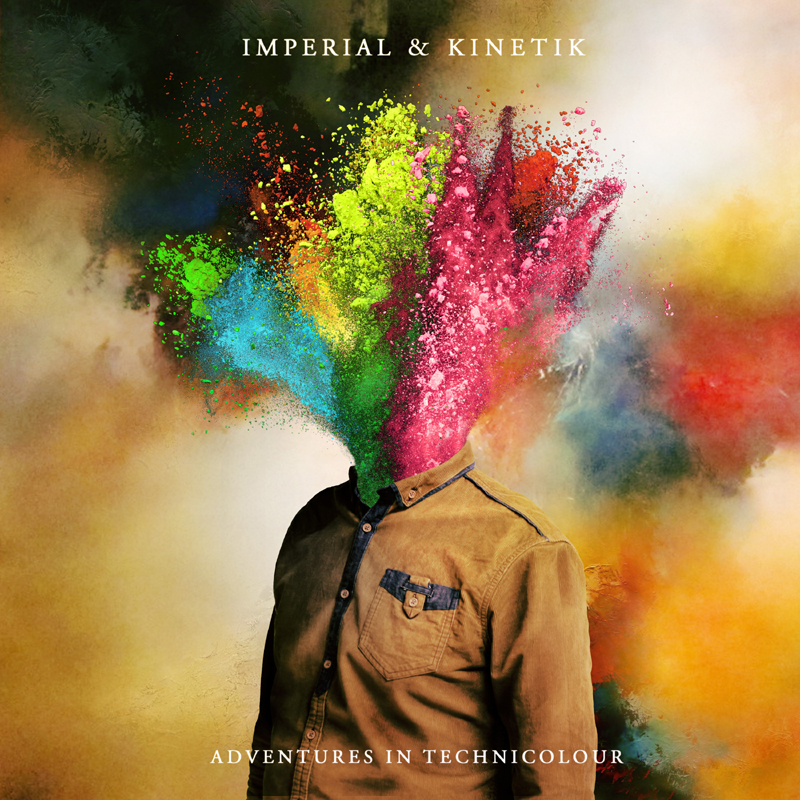 Adventures In Technicolour is the brand new album from Imperial and K.I.N.E.T.I.K. Following the success of their debut E.P., the dastardly duo packed away their pencil cases and returned to their countryside hideout to prove that their unexpected crossing of paths was no fluke.

Two years later, they have emerged from their Oreo milkshake scented cave with a collection of songs that focus less on the ‘blacks and greys’ of yesterday and more on the ‘blues and greens’ of tomorrow. Sonically and thematically, a kaleidoscopic intensity pulsates throughout the album’s nineteen tracks. The palette of shades and hues that make up the adventure known as life are paraded in their full and picturesque glory. Guest appearances include the frequent excursionist himself, Oddisee, the UK’s hardest working class Dad, Micall Parknsun, Michigan’s freshest rhymesayer, James Gardin and their tried and trusted hook hit-man, Tone Richardson, among others.

Prepare to laugh in the face of monochrome mundanity and experience a multi-coloured smorgasbord of live-wire lyricism laid atop a bed of fluorescent funk.

Imperial & K.I.N.E.T.I.K’s Adventures in Technicolour lands in music shops everywhere on April 15, 2016 and is available for pre-order now.