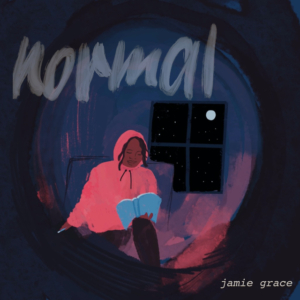 Datin, core member of the Menace Movement collective, is one of the most sought after artists on the Christian hip hop scene today. Marty—one-half of Social Club Misfits—produces this new track (and forthcoming EP, Nov. 2020) with fellow Menace-man after several recent collabs with Datin and follows-up their critically acclaimed CHH Aint Dead, Vol. 1 release from May of this year. 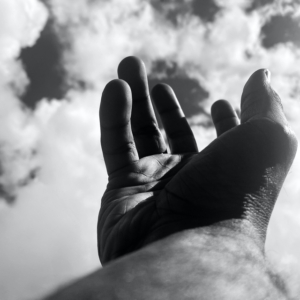 About | For this new joint, Datin & Marty ask a very clear & timely question: “Who do you believe, now? They’re confusing you & me with the news up on the screen, now…” While this mid-tempo jam bumps w/musical intensity, it’s no accident it drops on the precipice of the most important presidential election in US history. Datin warns of “cerebral terrorists” & “the foolishness on your feed,” & calls for all to listen to be free. 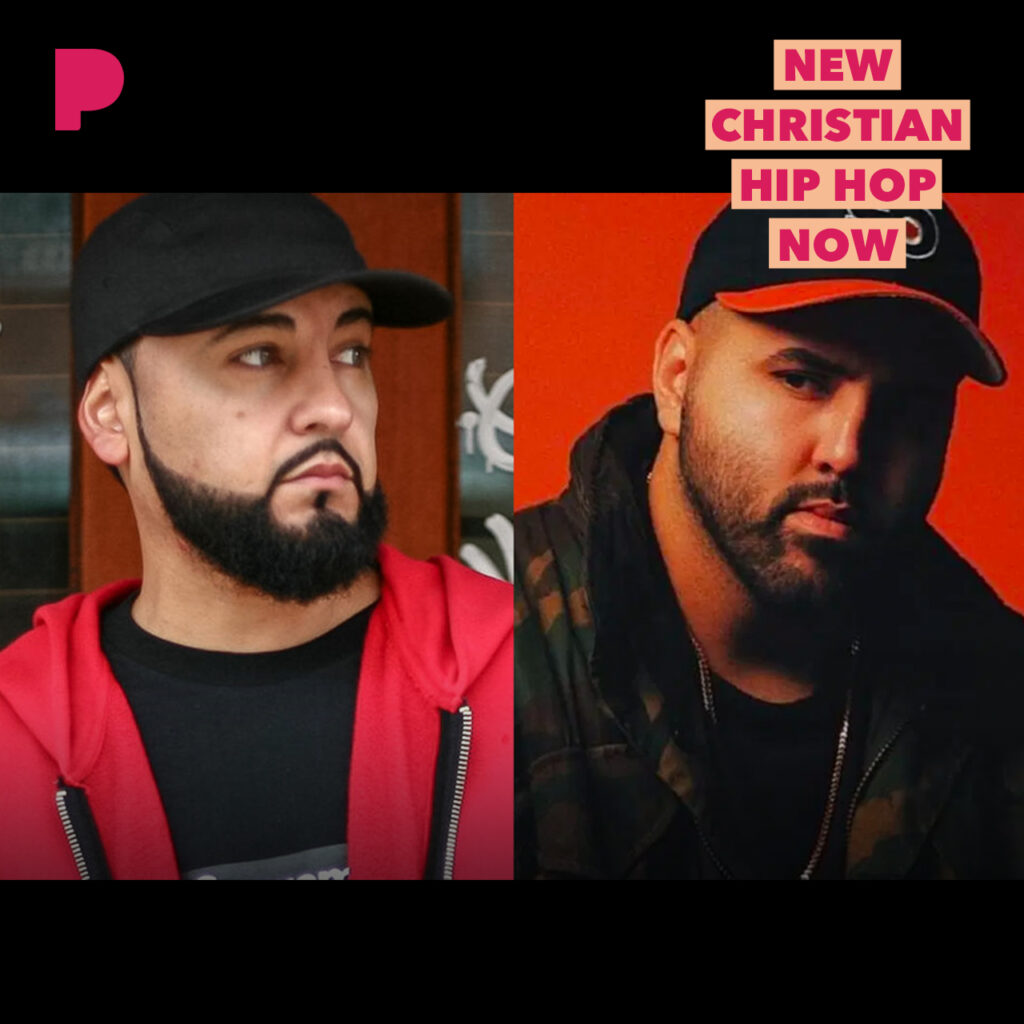 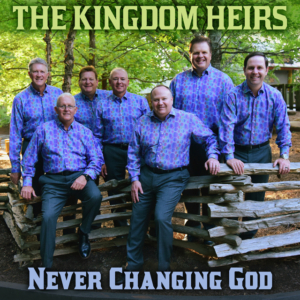 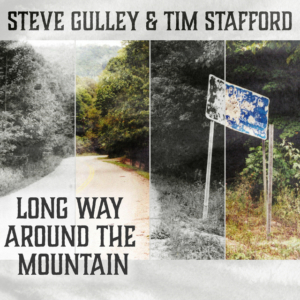 THE WALKERS | “You Are Still Father”

The Walkers are a long-time family music ministry that have garnered multiple chart radio singles in Christian radio, including their recent Singing News charting version of “Blessed Assurance.” The group has been acknowledged with Group of the Year nominations in 2014 and 2018. The Walkers have maintained a national touring schedule since the 1990’s with multiple national charting singles and award nominations. 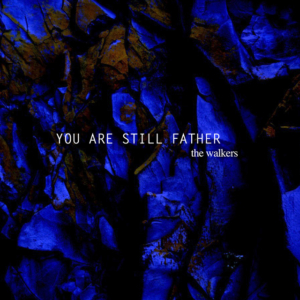 About | A Christian/gospel fan-fave, The Walkers return with this new inspirational ballad. This uplifting song tugs at the heart for anyone going through seasons of doubt & struggle. The Chorus rings true with beautiful reminder that no matter what happens God will never forsake us, will always love us, & always forgives. Co-written by John Mathis, Jr. & Brad Steele.

Illect Recordings artist James Gardin has used his multifaceted skill set of empowering rhymes, fun melodies, energetic stage presence, and deft fashion sense to become the most successful emcee in his hometown of Lansing, MI. In addition to his music being featured on ESPN, GaryVee TV, and Black&SexyTV, he has performed hundreds of shows around the world, amassed thousands of plays and downloads with coverage on top web sites and publications (HipHopDX, Earmilk, 2DopeBoyz, DJBooth, Paste, The Word Is Bond, Rapzilla, Lansing State Journal, Grungecake, Respect Mag, Sphere of Hip-Hop, and many more). 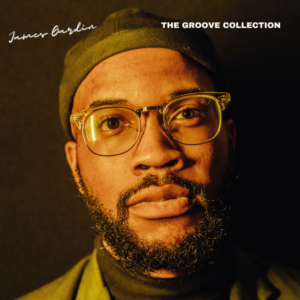 About | Gardin’s newest, “Damage,” is the launch-track for a newly-bundled set of previously released material titled The Groove Collection. Staying true to the “groove,” this new dance-inspired hip hop joint is just a good-time, feel-good, “get your back up off the wall” kind-of jam intended to get your feet moving. As always, Gardin’s vocals deliver & this new one fits into many listening types & moods.

This Christmas may be one of the more challenging in recent memory, but Smoky Mountain Christmas, the new album from award-winning trio Sunday Drive, is sure to make this year’s celebration of the birth of Christ more enjoyable—and even more meaningful, too. Released on Sonlite Records, the 10-song collection is filled with the holiday’s spirit, ranging from seasonal to devotional and from old favorites to new classics in the making.

Not surprisingly, the group is excited about Smoky Mountain Christmas. Misty Treece, who handles most of the lead vocals, says, “I have always loved everything about Christmas and listen to Christmas music year round. It’s been on my bucket list for quite some time to record a Christmas project, so it’s a dream come true.”

“We are blessed to share some of our favorites, some originals and some all time classics of the most wonderful time of the year,” the group adds. “We pray that this project will encourage and bring a smile to all who hear it.” 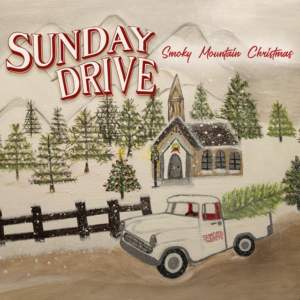 The opening “Joy Medley,” which moves gracefully from “Joy To The World” through “Go Tell It On The Mountain” to “Joyful, Joyful, We Adore Thee” sets the tone for the collection, given further musical embroidery by finely crafted strings on a gently swinging “Winter Wonderland.” “Born,” an original from the group’s Misty and Jeff Treece writing with Steve Jones, is a reminder of the holiday’s true meaning, as is their simple yet moving take on the modern classic, “Mary Did You Know.” Right through to the closing “Christmas Waltz,” a sweetly sincere reading of the 1957 Frank Sinatra favorite, the set is an expertly crafted sampler of the many moods of this joyous holiday.

Known for their tasteful arrangements and polished harmonies, Sunday Drive has delivered in Smoky Mountain Christmas a celebration of the season that’s sure to be a blessing to all who hear it.

COUNTRY JOHNNY MATHIS | “Left My Gal in the Mountains” 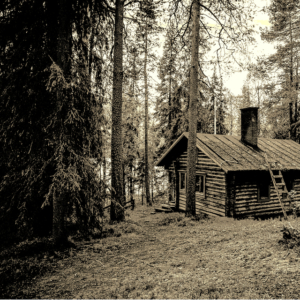 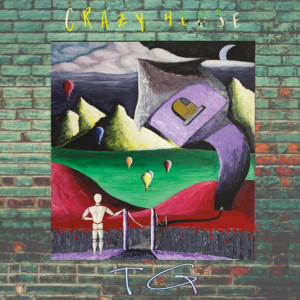 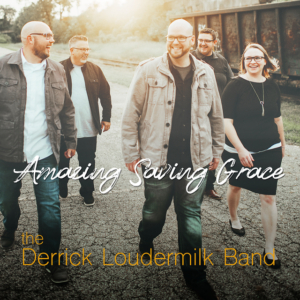 THE ISBELL FAMILY | “The Goal” 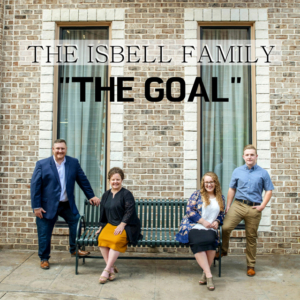 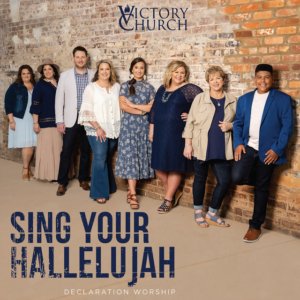 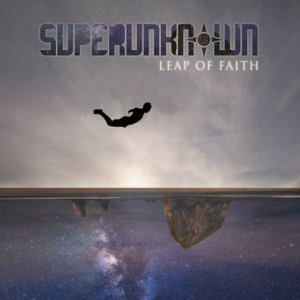 COLEBROOK ROAD | “Left My Gal in the Mountains” 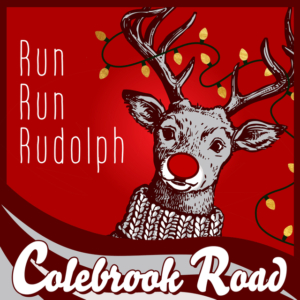 About | After success of their first, and only, new release of the year (“Carolina Side,” Aug 2020) Colebrook Road returns with a favorite holiday classic in “Run Run Rudolph.” This always-fun tune is all grassed-up complete with mandolin, fiddle & a double-time feel—that kicks-in on the 2nd verse—that will have you pickin’ & grinnin’ with the egg nog frothed on your nose!