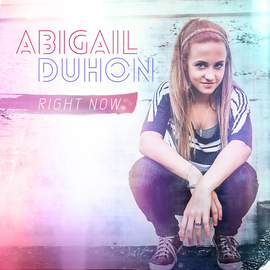 Hailing from New Orleans, Louisiana, national recording artist Abigail Duhon has plenty to be excited about! Her first single “La La La” was the #1 most added single at Top40 radio and #1 most added single to Internet radio this past week. “La La La” is currently #6 on Top40 up & coming charts just barely edged out by Kid Ink with Chris Brown. With just days of radio exposure for this 14 year old artist, iShine is thrilled with these numbers.

Abigail is currently on a 25-city tour this summer and will be performing her new single “La La La” and more songs from her full length CD “Right Now” available on iTunes and Amazon.

Abigail was recently featured in the movie “Gods Not Dead”, which made box office history for pulling in $10.5 million on its first weekend.