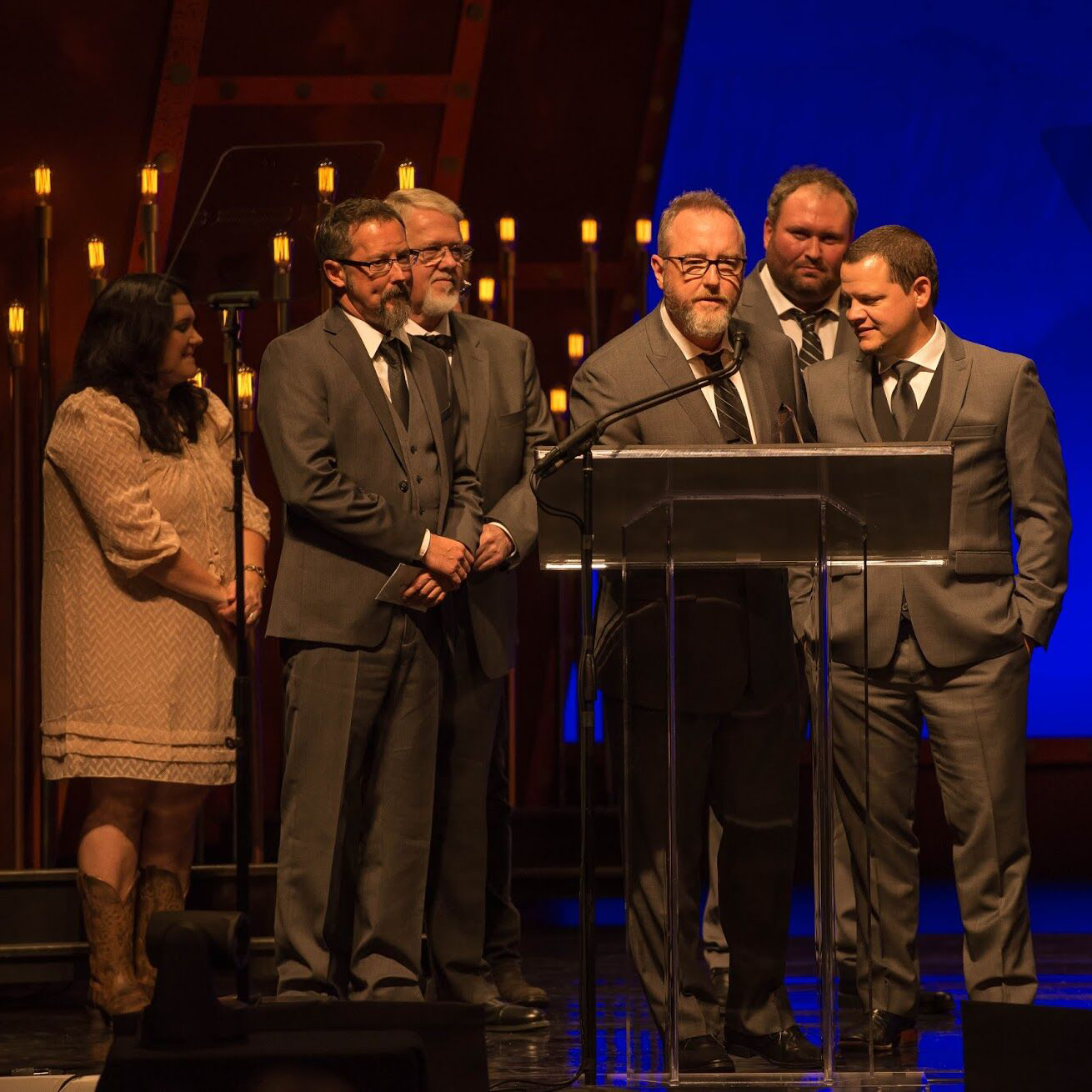 The 26th Annual International Bluegrass Music Awards were awarded at the Duke Energy Center in Raleigh, N.C. and Mountain Home Music Company would like to congratulate Balsam Range on their honors: Vocal Group of the Year, Song of the Year – “Moon Over Memphis,” and Tim Surrett as Bass Player of the Year.

Adding to their IBMA honors, Balsam Range was also honored by the Governor of North Carolina with the “Order of the Long Leaf Pine,” which is presented to outstanding North Carolinians who have a proven record of service to the state.

“It is truly an honor to be a recipient of “The Order of the Long Leaf Pine”.  It’s mission and goals represent all that we, within Balsam Range, aspire to be.  To promote and foster pride, acts of kindness, charity and service to others is a responsibility we all honorably accept. To be recognized by the very state in which we all were born, raised and call home is an exceptional honor.  A State full of such diversity and beauty and yet who’s most treasured asset is it’s people.  We proudly promote North Carolina’s heritage, it’s resources and it’s people that have molded each of us as we travel afar.  It is with great pride that I say, “Here’s to “down home”, the Old North State!” – Buddy Melton, Balsam Range

Additionally, it was recently announced that Marc Pruett is among eight recipients of this year’s North Carolina Heritage Awards. The award, a program of the North Carolina Arts Council, honors traditional artists in the state.

“We’re on an incredible ride,” says Caleb Smith, “It’s almost overwhelming and we are so grateful for every honor, but mostly for the honor of sharing this music.”