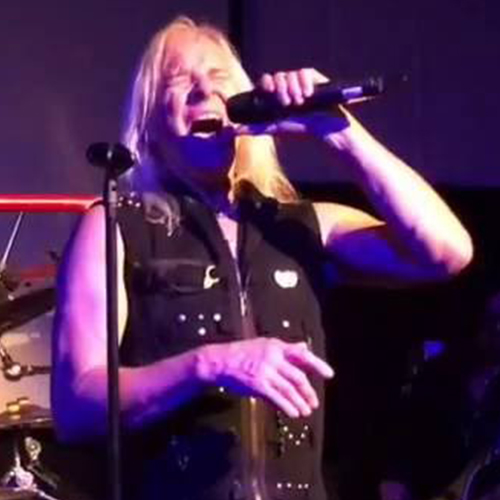 Bloodgood to kick off 2020 with TRENCHES’ celebration, VIP Show

Seattle’s own platinum-selling Bloodgood returns to the Northwest for the first time since 1993! Preceding their LIVE CONCERT, witness the award-winning documentary film Trenches of Rock, executive produced by Oscar & GRAMMY-winning director, James Moll (Foo Fighters: Back and Forth). Come celebrate TRENCHES‘ 2020 world release and see Bloodgood rock live in concert! 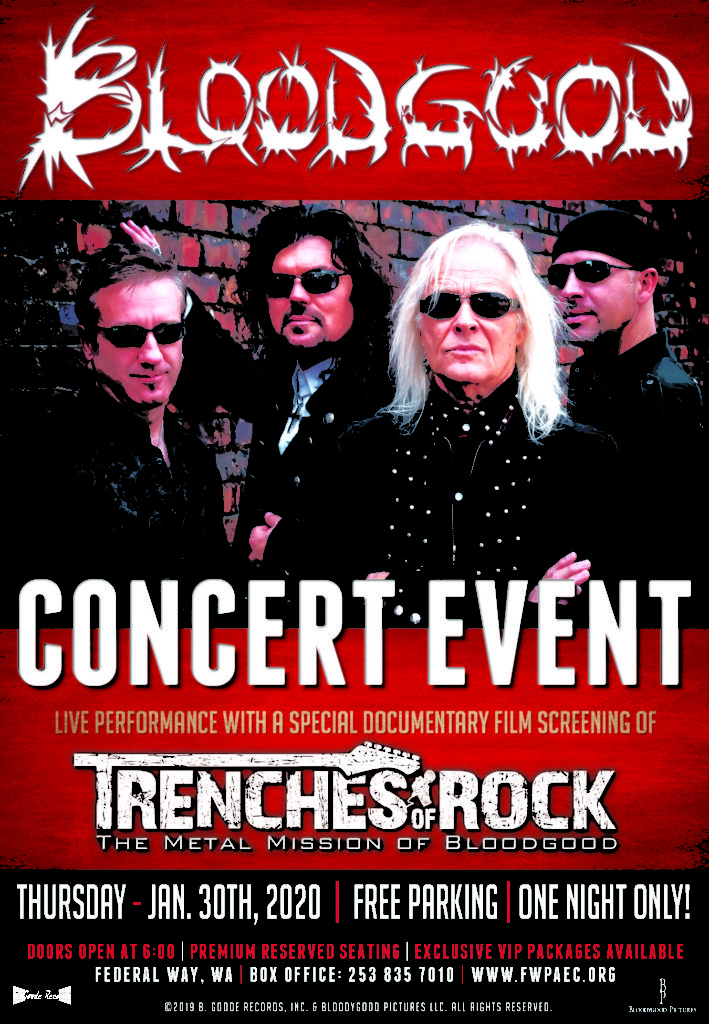 About the Film | The recipient of 12 film festival awards, Trenches of Rock depicts the career of 1980s heavy metal band Bloodgood, who was targeted not only by a mainstream music industry that found their blatant use of faith-based lyrics an unfitting marriage with heavy metal, but also by Christians who believed their music was the work of the devil. Bloodgood became a trailblazer of Christian Metal, touring the world and facing adversity head-on while confronted by death threats, picketers and protests against these “metal missionaries”. Trenches of Rock had its world premiere at the Atlanta Film Festival and has garnered the attention of festivals worldwide, receiving numerous accolades including multiple “BEST FEATURE DOCUMENTARY” and “BEST DIRECTOR” awards.

About the Band | The music and mission of Bloodgood has been a vital stepping stone and driving force in the maturing process of Christian Metal since their 1986 self-titled debut release. Platinum-selling sophomore record “Detonation” strengthened the band’s signature style of theatrics, power and emotion – staples that would solidify their place in rock music history. Bloodgood’s music has been released all over the world spanning 6 studio albums and 7 live releases in their discography, with their latest studio record, “Dangerously Close”. In 2010, Bloodgood was inducted into the Christian Music Hall of Fame for their influential contributions to the music industry. On December 6th, Bloodgood will release a 23-song soundtrack for the full-length documentary film, Trenches of Rock.