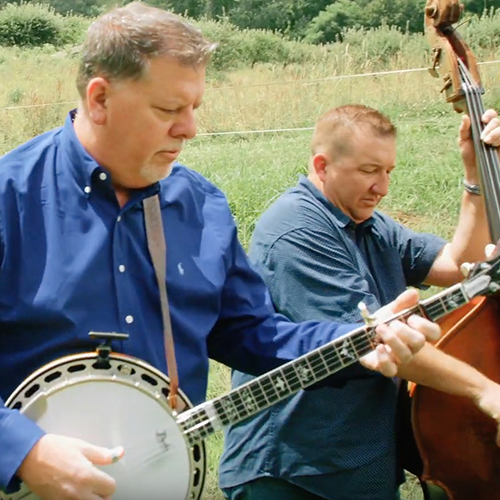 Arden, North Carolina (Oct. 25, 2019—Mountain Home Music Company) | Sideline has released a video for their latest single, “Return to Windy Mountain,” (STREAM/BUY) which combines sparkling contemporary musicianship with a loving nod to a West Virginia bluegrass hero, after a premiere by The Bluegrass Situation.

“Return to Windy Mountain,” is, banjo player Steve Dilling notes, “a wonderful tribute to Hall of Famer Melvin Goins — a first generation bluegrass pioneer. I had the honor of knowing Melvin for many years before he passed, and I’m proud to do this song to honor his memory.”

Co-written by the legendary Carl Jackson, the song harks back to “Windy Mountain,” a classic from Goins’ days as a member of the influential Lonesome Pine Fiddlers that, as guitarist Skip Cherryholmes puts it, “reaches into a soulful, mountain darkness that’s paired with a bright, upbeat chorus,” giving “Return to Windy Mountain” a distinctive, memorable edge.


Watch the “Return to Windy Mountain” video above and CLICK HERE to stream/buy.

About Sideline | Sideline is a pedigreed six-piece powerhouse whose style has set the pace in Bluegrass for over two decades. Founders Steve Dilling, Skip Cherryholmes and Jason Moore can all claim their own historical significance to the genre as members of highly awarded groups, multiple Grand Ole Opry appearances and years of national and international touring. This year, Sideline won the IBMA Song Of The Year Award for their hit single, “Thunder Dan.”

What started as a side project for the seasoned players soon moved to the front and center as the three were joined by talents of Bailey Coe, guitar; Zack Arnold, mandolin; and Daniel Greeson, fiddle; and began to record and release albums in earnest.