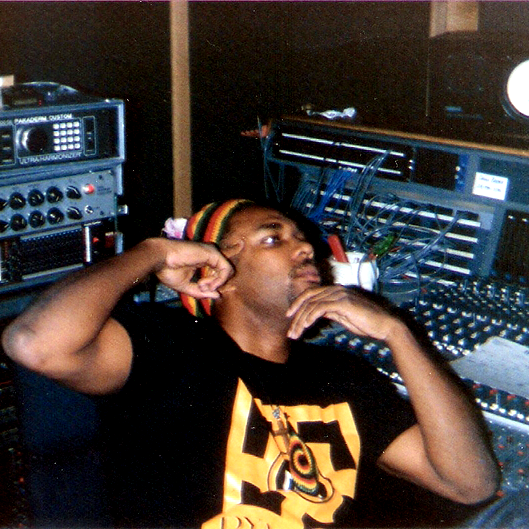 San Diego, CA–September 17th 2014—Chris Cooper, the founding member of the legendary group SFC, has a lot to be excited about this week. For starters, his groundbreaking albums Phase III and Illumination are available digitally for the first time ever—along with the rest of his catalog—through Meis Music Group and distributed by Syntax Creative. Plus, now, the genre many credit him as a founder has grabbed the industry’s most coveted position with Anomaly by Lecrae as the #1 Billboard top-selling album across all genres.

While a lot has changed since Cooper released his first decidedly Christian album in 1988, one thing hasn’t changed. “People are still tired of hearing the same old empty and negative vibes that Hip Hop has to offer.”  Cooper continues, “There are a lot of good emcees in this movement who, like myself, have always had to work harder than our mainstream counterparts to get respect.”

Whether the mainstream or the Christian audience, respect is something Cooper is no stranger to. “My heart is filled with joy knowing that today’s emcees are finally able to both put food on the table and release God-centered Hip Hop.”

Sketch The Journalist, who regularly blogs about Christian Hip Hop at the Houston Chronicle, had this to say, “Although some may not recognize or understand [Cooper’s] impact, he helped lay the blueprint for today’s top Christian emcees like Lecrae.”

Humble Beast recording artist Propaganda, who has collaborated with Lecrae, agrees and says that he is personally and, “directly reaping the benefits of [Cooper’s] work.”

When the news reached Cooper that Christian Hip Hop had finally achieved the coveted #1 spot on Billboard, he responded, “I am very excited! Not only do I think the Christian Hip Hop movement deserves it, I think we should be proud!”

Having the SFC catalog available for the first time digitally thrills Cooper, “it will give a whole new generation of Christian Hip Hop lovers access to what was happening on the West Coast in the early 90s.”

SFC—which stands for Soldiers For Christ—was founded in 1987 by Chris Cooper who is also known by his stage names Sup, Super C, or Soup The Chemist. He is often cited as being the pioneer of Christian Hip Hop. With a career spanning over 27 years, countless performances, and nearly 300,000 albums sold, SFC laid the foundation for Christian Hip Hop—a new category—to climb from obscurity to mainstream recognition.

Meis Music Group was founded by Adel Meisenheimer—who has been in the music business since 1979—in order to honor the rich legacy of Christian music while creating new opportunities. Since 2010 MMG has been monetizing and distributing the catalogs of Frontline, KMG, Damascus Road, Broken and Brainstorm Artists International. Currently, MMG represents over 100 artists and 300 albums which cover a wide variety of genres. To learn more, visit: www.meismusicgroup.com.