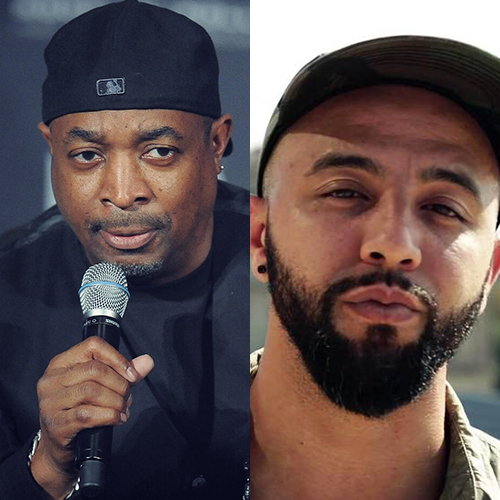 Hip hop artist Ozay Moore and collaborator Dstl recently released their new single, “Backaddit,” via Illect Recordings on May 1, 2020. It didn’t take long for the worldwide rap community to jump on this track—not even getting missed by one of the most influential and legendary emcees of all time—Chuck D.

In the June 12, 2020 edition of his own podcast “…and You Don’t Stop!,” Chuck D profiles the duo’s song in the same segment alongside Run the Jewels “Outta Sight” (feat. 2 Chainz) at the 23:45 mark of the show, with an intro by none other than Ed Lover. Scroll to the time-stamp and listen below:

As the leader of the rap group Public Enemy, which he co-founded in 1985 with Flavor Flav, Chuck D—according to Wikipedia—helped create politically and socially conscious hip hop music in the mid-1980s. The Source ranked him at No. 12 on their list of the Top 50 Hip-Hop Lyricists of All Time. He is a six-time GRAMMY-nominated artist, and his “…and You Don’t Stop!” podcast is syndicated to over 225 global radio stations.

TAP/CLICK HERE to stream/buy “Backaddit,” and play the song on this page by tapping/clicking the “play” button below: