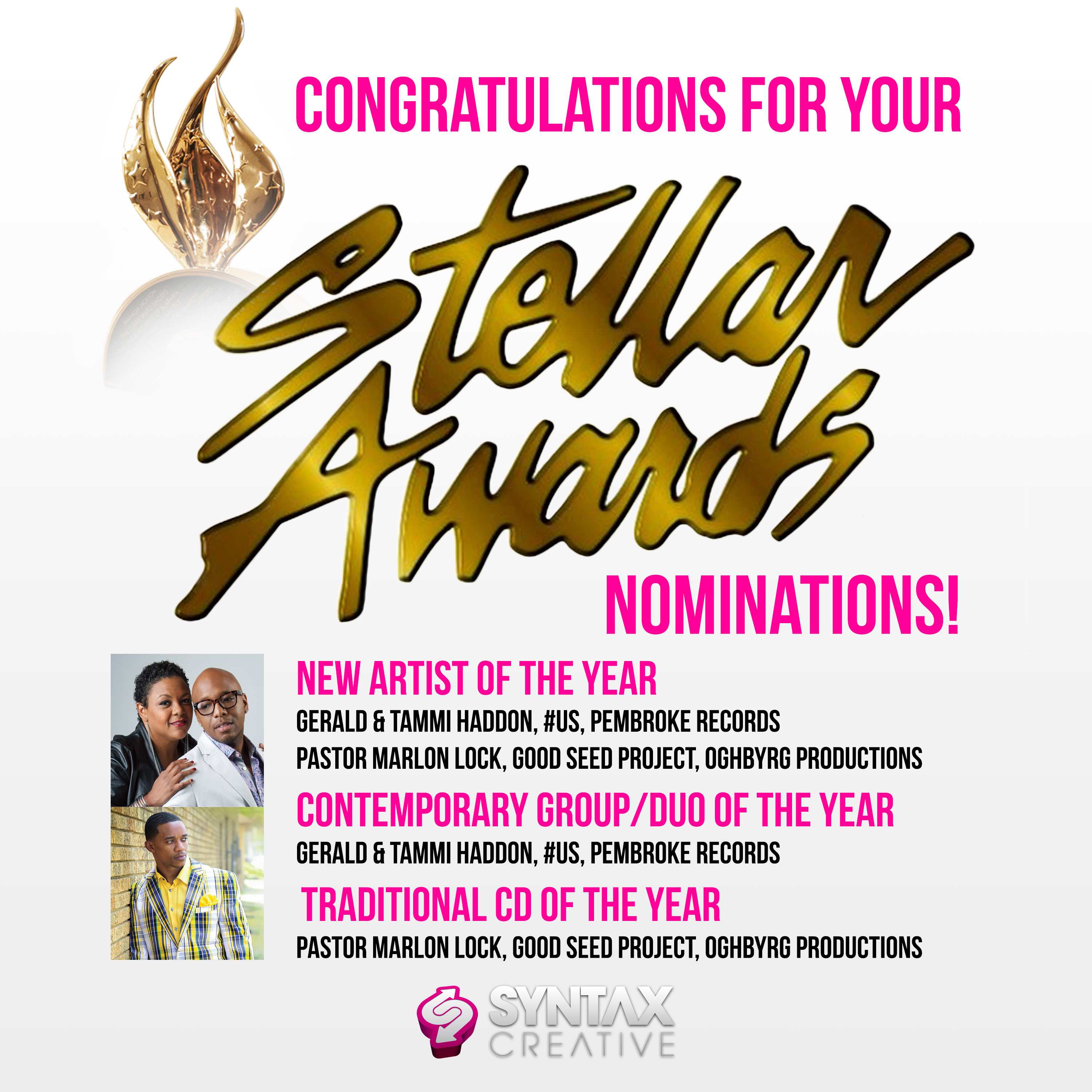 Congrats to Our 2016 Stellar Award Nominations!

The Chicago-based Central City Productions, Inc. (CCP) which produces the Stellar Gospel Music Awards, has announced the 2016 nominees. We’re excited to announce that we had two artists nominated in three categories. The nominations are as follows:

NEW ARTIST OF THE YEAR

CONTEMPORARY GROUP/DUO OF THE YEAR

TRADITIONAL CD OF THE YEAR