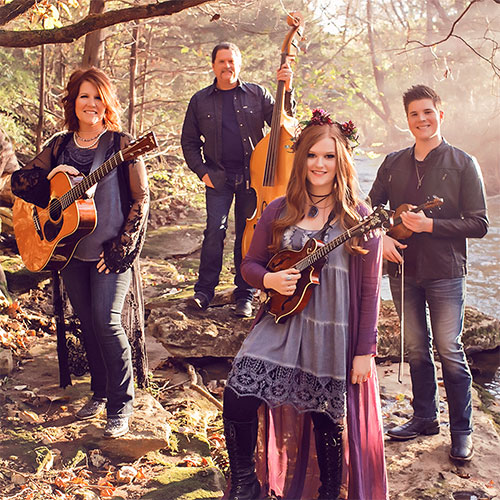 Pinecastle Records is excited to announce the addition of rising Bluegrass group Lindley Creek to its artist roster. Hailing from Missouri, the band is celebrating the announcement by unveiling their debut single with the label, titled “I Gotta Go” (STREAM/BUY). It’s the first release from their upcoming full-length project Freedom, Love and the Open Road, available June 12. The collection was produced by well-known veteran, Jim VanCleve. The energetic lead single “I Gotta Go” was written by Nashville- based songwriter, Ashby Frank.

“We are so excited to be the newest part of the Pinecastle team. They believed in our music and vision, and we are thrilled to partner with such a well-respected label that has brought so much great music to bluegrass,” says Lindley Creek. “We have been touring non-stop for ten years now… so the spirit of our lead single, ‘I Gotta Go’, well… it absolutely resonates! The more we travel, the more we realize that it’s truly a blessing to get out and experience how other people think and react to life. It really enriches your own life.”

For Freedom, Love, and the Open Road, the band felt like it had reached a point where they were ready to step into a new era. So, they sought the help of respected artist and producer, Jim VanCleve, to help them shape and more clearly define their artistic vision. “Working with Jim has been life-changing for us. He has this great talent of bringing out the best in your vision for an album without changing who you are as an artist. It’s easy to second guess your own instincts, but to have someone like Jim coach you through such a deeply personal thing has been so incredibly important to us.” 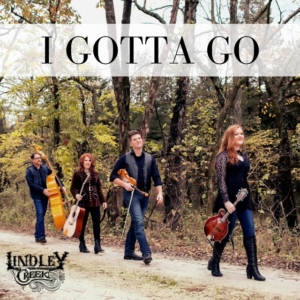 “This project was an exploration in so many of the best ways,” says VanCleve. “They had an idea of where they wanted to go, and throughout the process, there was dialogue about how best to get there, how to define ‘there’ musically, and also to support where the brand and vision was heading, all while also paying respects to where they had already been, honoring that fanbase. They were an absolute joy to create music with – so open and honest with themselves and with me. It has been refreshing, and I believe we captured an accurate representation of the spirit of Lindley Creek!”

The band’s free-spirit and unique sound are on full display throughout the record – featuring a combination of roots music and gospel influences – Lindley Creek’s one-of-a-kind style is highlighted on all 11 recordings. But, there is a rare level of maturity, emotional depth, production value, and artistic integrity achieved on this debut recording. Due in part to the inclusion of several songs penned by Songwriting Hall of Famers such as Pat Alger, Mike Reid, and Tony Arata (to name but a few), the caliber of artistry is truly top notch.

“We’re excited to introduce Lindley Creek to the national scene with their new release,” says Pinecastle Records CEO Ethan Burkhardt. “Initially we were very impressed with their recording, and we soon discovered that they are equally as talented on the business side, with video creation, graphic design, and general business savvy, all of which is needed more and more in our genre. We’re excited about their potential and know that you’ll be equally impressed.”

Lindley Creek adds, “We are so thrilled to be releasing our full album, Freedom, Love and the Open Road on Pinecastle Records later this year. We have put our hearts and souls into this album, striving to create something that people will feel deep down and connect to on a personal level.” On Freedom, Love, and the Open Road you are guaranteed to do both.