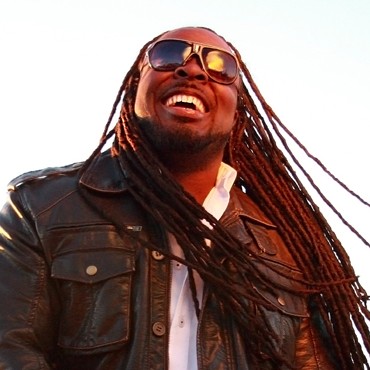 Syntax Distribution combines forces with Lion of Judah Music Group to bring a unique spin on reggae to new audiences. Featuring the music of award-winning artist Monty G, the Lion of Judah Music Group is poised and ready to break new ground in the independent music world. Syntax CEO Timothy Trudeau says, “Lion of Judah is our first label fully dedicated to reggae and other Caribbean-influenced styles. We’re excited to share Monty G and his vision with our strong partnerships.”

Monty G is recognized in the reggae scene as a talented performer, producer and all-round music mogul. Launching the Lion of Judah Music Group in 1997, he wanted to change the face of reggae music and infuse its influence with a more positive worldview. With Syntax Distribution, Lion of Judah’s reach just got further than it ever has before.

“Syntax gives us the digital presence that’s been missing from urban Caribbean music,” Monty G says. “Our venture will surely provide the edge that we need for our label to get to the next level and make our mark in an ever-growing market.”

As an established voice in reggae music, Monty G and Lion of Judah were already on Trudeau’s radar. “We had a mutual friend in Jacob Henley who is a pastor of Axis Church in Nashville and also formerly of Beatmart Recordings. He introduced us at Flavor Fest years ago,” he shares. “Now, this partnership is solid and it’s instrumental in Syntax becoming the leading distributor of high quality, hand-selected independent music of all genres.”

The first album to release with Syntax widespread distribution is The Plead Riddim. Monty G hopes his latest record will continue to stand by Lion of Judah’s reputation as a label that “promotes an empowering message that is in direct opposition of the music that is destroying our culture.”

A division of Quality Junk, Syntax Distribution is a digital distribution and aggregation firm based in San Diego, California, handling many of the top independent artists such as David and Tamela Mann of Tyler Perry’s Meet The Browns, Disney’s Next Big Thing winner Jasmine, as well as award winning emcee Flame. Their clientele includes Central South, Crossroads Music, and Bema Media, among others. To learn more about Syntax Distribution, visit: syntaxcreative.com.