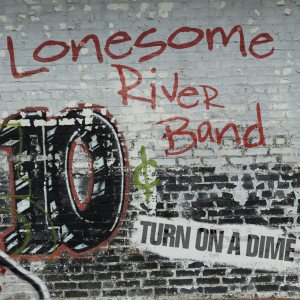 The band’s loyal fans will certainly want to check out the “Stage to Studio” video for “Her Love Won’t Turn On On A Dime” giving a glimpse into the recording process for this popular new song.

2014 has been this busiest touring year for Lonesome River Band in decades including a headlining performance for the European Bluegrass Summit  in Prague, the Red Hat Amphitheater in Raleigh, NC as part of the IBMA World of Bluegrass, and Sammy Shelor performing with the Zac Brown Band – just to name a few. They will close out this year with a performance at the Berryville Bluegrass Concert Series in Berryville, VA on December 13 at Clarke County High School.