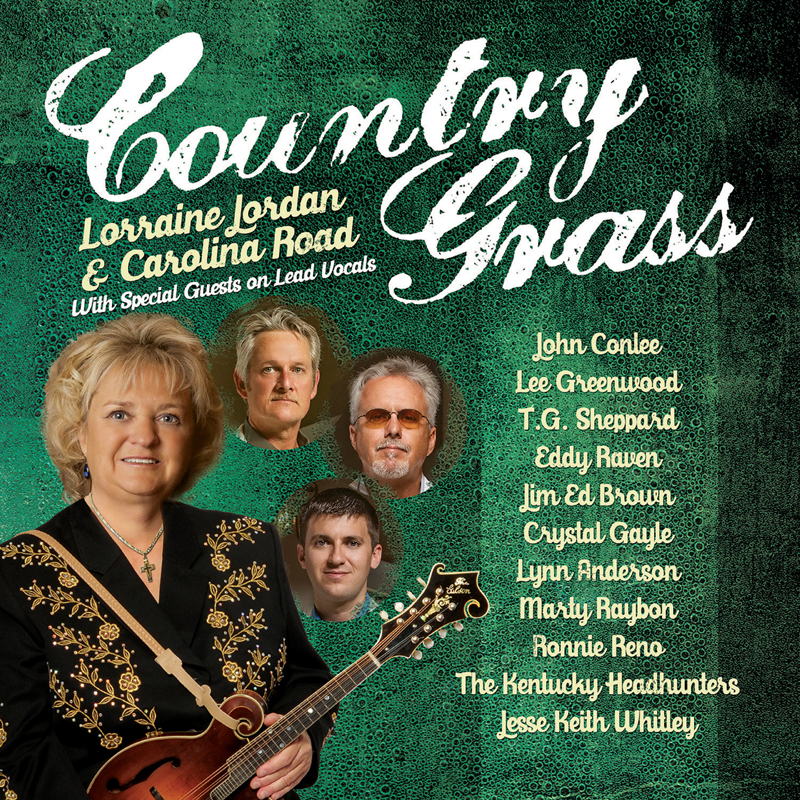 Lorraine Jordan & Carolina Road have debuted at #6 on the Billboard Bluegrass Albums Chart with their latest Pinecastle Records release, Country Grass. In addition, their single, “Runnin’ Water,” has debuted on Bluegrass Unlimited’s National Survey at #25. For Country Grass the bluegrass chart-toppers have teamed with some of the biggest country artists of all-time, including Crystal Gayle, Lee Greenwood, Jim Ed Brown, Lynn Anderson, The Kentucky Headhunters, T.G. Sheppard, Eddy Raven, and John Conlee, to give country classics a new, unique, bluegrass twist. In addition, joining the impressive line-up is country singers Kelly Lang and Jesse Keith Whitley, along with bluegrass favorites Marty Raybon and Ronnie Reno.

“This project showcases great voices, great musicianship, and great songs; songs that are so engrained in us as is, that reimagining them the way that Jordan and her group have done is worthy of a standing ovation. In an era today where the roots seem too often be forgotten, Country Grass is a perfect look back that reminds us where country music came from.” – Onestopcountry.com

“I can’t imagine another project besides Lorraine’s CD taking IBMA’s next Recorded Event of the Year award. It is a wonderful collaborative effort. We’ve got virtually every track from it in rotation on KASU’s bluegrass programs.” – Marty Scarbrough, KASU