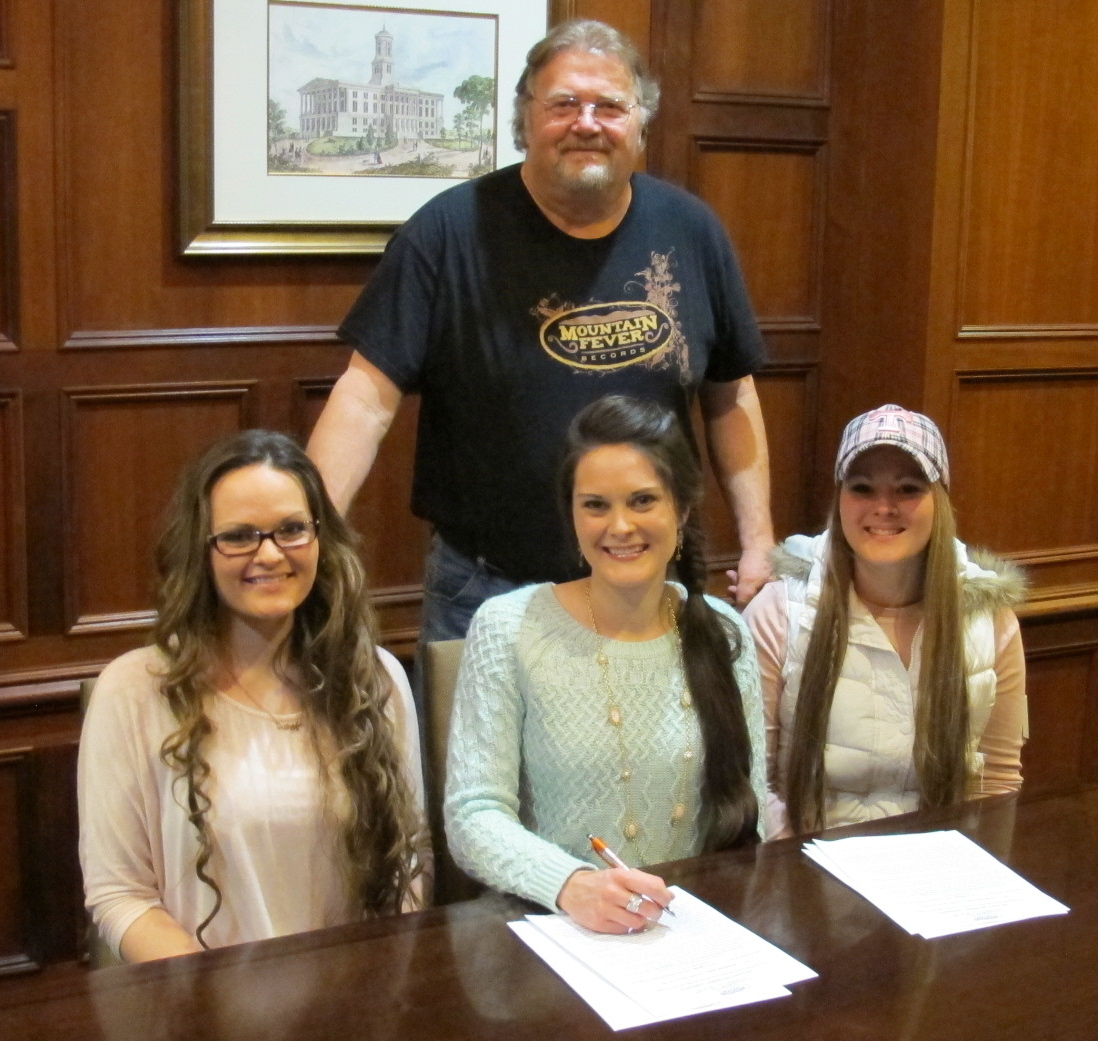 Mountain Fever Records is proud to announce they have signed Gold Heart to their label. The sister-trio’s first single from their upcoming album will be released in early Spring.

Gold Heart, featuring the Gold sisters Tori (mandolin), Jocey (guitar), and Shelby (fiddle) have been touring world wide and astounding audiences with their fun personalities, intense harmonies and brilliant musicianship since 2005. With nearly ten years on the bluegrass scene, hundreds of live performances and now four albums under their belt, Gold Heart is elated to join Mountain Fever Records. Of the trio, Keith Lawrence of Bluegrass Notes stated, “If angels sing bluegrass, this is what it sounds like.”

These young artists are expert songwriters, with Jocey and Shelby contributing the majority of the band’s impressive material. At age fifteen, Jocey was one of three finalists of 983 contestants in the 2008 Chris Austin Songwriters Competition (bluegrass category) at MerleFest. The work of the sisters can be heard on their previous recordings, My Sisters and Me, Never Let Go and Journey to Heaven’s Bright Shore.

“We’ve been keeping an eye on this band for a few years now and have kept the lines of communication open,” stated Mark Hodges of Mountain Fever. “A couple months ago, I got a message from Ron Stewart who was producing their new record and suggested I give it a listen. Ron didn’t know that I had  already heard some of the rough mixes and I had found myself captivated by their sound. These extremely talented girls have come into their own with a sound that is all their own style and fits them like a glove. It was one of those great instances where it seemed everyone was pulling in the same direction. We are thrilled to have them join our family and excited to work with a band who has the drive and determination to make it all work.”

“We are ecstatic about joining forces with Mark Hodges and Mountain Fever Records,” stated Tori Gold. “Mark has built a solid reputation with his label and is respected in the music industry. Our fourth project has been a long time coming and we are honored to be a part of this outstanding team. We poured our hearts into the writing and recording of each song on this album and we hope that through our music, we are able to exceed the expectations of our loyal audience and reach the hearts of new listeners as well.”