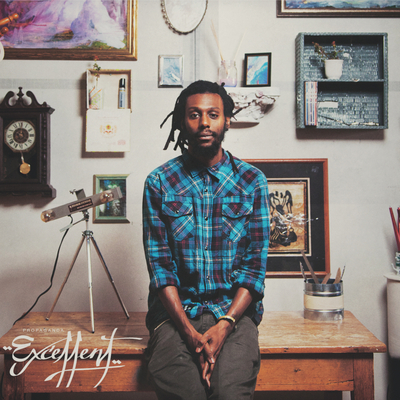 Humble Beast Records is celebrating the successful debut of Propaganda’s new album, “Excellent,” which released to digital retailers on September 25th, peaking at #4 on iTunes’s Hip-Hop chart and making a significant chart impact at Billboard.

“Excellent” debuted at #184 on the Billboard Top 200 Chart with nearly 3,000 albums sold. While an impressive statistic on its own, it’s even more notable when considering that more than 24,500 additional copies of the album were downloaded during the first week of release from the label’s own website, HumbleBeast.com, where fans were given the opportunity to pick up the album for free. These numbers are not included in the official tally.

Without accounting for the label’s website downloads, the album still managed to debut at #7 on Billboard’s Gospel Albums chart, while claiming the #14 spot on the Christian Albums chart, #19 on the Rap Albums chart and #43 on the Independent Albums chart.

“Hitting the Billboard Top 200 is a pretty big deal for us considering the record was only available in the digital format,” says Humble Beast Records co-founder Bryan “Braille” Winchester. “For us, even with the success of the sales, we are excited that we are still able to give away more than we sell. We take great joy in that because at Humble Beast we strive to freely give just as God freely gave to us in Christ Jesus.”

“I’m so humbled by the support,” adds Propaganda. “This is something my friends and I from the inner city Los Angeles only dreamed about.”

“Excellent” features multiple collaborations, including appearances by Sho Baraka and label mates Beautiful Eulogy. Propaganda is currently hosting and performing on this fall’s Unashamed Tour alongside KB, Tedashii, Lecrae, Trip Lee, Pro, Andy Mineo and Thi’sl. He’ll follow that with a tour of historic black colleges with Lecrae in early 2013.