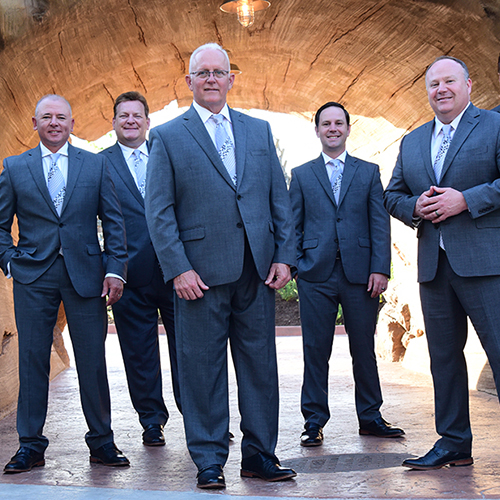 Single by The Kingdom Heirs goes #1 on multiple charts

“Come to the Well” from The Kingdom Heirs‘ album Everything in Between (STREAM/BUY)—which debuted at #1 on the Nielsen Soundscan Billboard Southern Gospel Album Chart at its release—has reached #1 on both the Singing News and SGN Scoops charts. 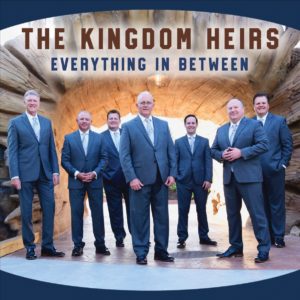 “We’re so excited about this song and the #1. It’s been a few years since we’ve had one on these charts,” says Rice. “We are grateful for all those that called and requested it, for all the DJs for playing our music, the writers for an incredible song and all the hard working folks at Crossroads for making it happen.”

“Come to the Well” is the first single from Everything in Between, the third album in a row The Kingdom Heirs have had debut at No. 1 on Billboard. Released by Sonlite Records, the collection of songs illustrates why the group has been noted as one of the top quartets in Southern Gospel music with full quartet tunes, a cappella hymns and lively instrumentals.

About The Kingdom Heirs | From the Mountains of East Tennessee, Southern Gospel Music fills the air and is the home of The Kingdom Heirs, one of Southern Gospel Music’s top Male Quartets. The group started performing in local churches and concert halls and as their music and message spread to a wider audience, so did their popularity and demand. Later in 1982 they began singing at the Silver Dollar City theme park, which is now Dollywood. In 1986 when the theme park took on their new name, The Kingdom Heirs were asked to become the resident gospel group and now this year, both The Kingdom Heirs and Dollywood are celebrating 34 years. Not only are they one of Dollywood’s favorites, but a favorite to millions everywhere.

The Kingdom Heirs have been nominated many times for industry awards such as The SGMA Awards, Dove Awards and The Singing News Fan Awards. Winning Newcomer Group of the Year in 1989, the group has been a constant favorite. The latest award is 2017 Band of the Year, which the band also won in 2002, 2004, 2005, 2006, 2013, 2014, 2015 and 2016. They have also had many top ten songs, and currently have had 40 top 5 songs in a row and 11 number 1 songs including “I’ll Know I’m Home,” “The Borrowed Tomb,” “Just Beyond The Sunset” (Nominated for Song of the Year), “Just Preach Jesus” (Nominated for Song of the Year), “Tell Me Why” and “He Locked The Gates.” Two songs “The Chain Gang” and “Pieces” off of their highly successful album, A New Look, were nominated for a Dove Award in 2016. Their album The Last Big Thing debuted at #1 on the Billboard Charts in October 2017 followed by another Billboard debut with Something Good Vol Two in May 2019 and another with Everything In Between in October of 2019. Over the past years they have had 29 songs nominated for Song of the Year. The Kingdom Heirs are Arthur Rice, lead singer; Jeff Chapman, bass singer; Jerry Martin, tenor singer; Loren Harris, baritone singer; Dennis Murphy, drummer; Andy Stringfield, pianist; and Kreis French, manager.