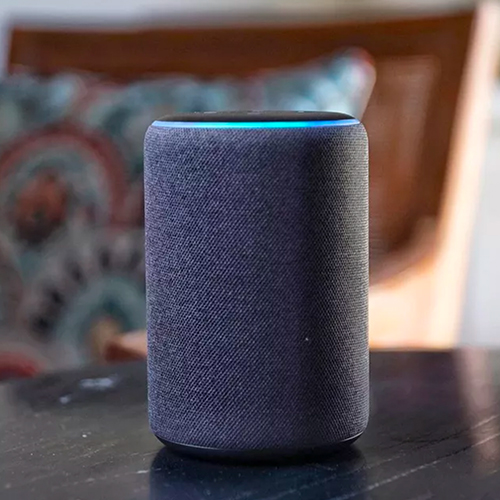 Original article Futuresource-consulting.com: How Could COVID-19 Reshape Music Streaming Services’ Share of Ear? by Kailash Morjaria | Since lockdown, some music streaming services have been reporting a drop in consumption on their platform as a result of new confinement rules to fight COVID-19. With key music consumption moments such as daily commutes, in-car, office and gym times being removed, consumers’ routines have been disrupted and so are their music consumption habits. In the same way, the type of audio content being consumed has adapted, to more home-friendly lean-back and mood playlists as well as indoor activity podcasts (e.g. news, fitness, cooking, kids). However, subscription uptake doesn’t seem to be impacted, with some services even reporting an acceleration of the number of new subscribers, following a trend seen across most content subscription services, including video streaming services such as Netflix and Disney +.

Futuresource expects the growth of music streaming subscriptions to be relatively unaffected across 2020 as a result of COVID-19, with a total subscriber count forecasted to reach 371 million globally at the end of 2020, up 19% compared to 2019, according to its recently published Streaming Music Outlook & Services Overview report. Nevertheless, the current lockdown in most countries globally is set to have a deeper impact on the content consumption hours that each streaming service will be able to generate during these exceptional times. The evolution of share of listening hours or share of ear during lockdown is where we expect to see the biggest change.

With consumers required to stay home, the previously established share of ear between the main streaming players is likely to be disturbed, as the competitive battleground abruptly transitioned from a fragmented multi-environment/multi-devices landscape (e.g. gym, car, office, on the go through smartphones, headphones, desktop, in-car infotainment), to relying on in-home consumption. As demonstrated by Futuresource’s Audio Tech Lifestyles consumer survey, across respondents in the USA, UK and Germany, 37% said that their most used device to listen to music at home was through speakers including voice activated/smart speakers, other wireless non-smart speakers (e.g. Bluetooth) and Hi-Fi systems, as opposed to 11% for headphones. As a result, individual service integration within consumers device eco-system at home will define their respective share of ear during the COVID-19 lockdown. The services that are already well established in consumer’s homes via their own speaker range or through extensive partnerships with home-audio manufacturers will therefore be at the front row of these new consumption habits.

With its wide range of Echo smart speakers and multiple streaming plans, Amazon has been heavily focussing on in-home integration to differentiate from the competition since inception. Claiming 55 million music subscribers and over 60 million smart speakers in use globally across its range of Echo devices according to Futuresource’s estimates, Amazon has a unique position in consumer’s homes, notably in the US and UK where it has the majority of its customers. The ease of use of smart speakers commanded by its voice assistant Alexa, allows the company to reach a wider audience, from kids and families to elderly using voice as a simpler way to interact with devices, and ultimately facilitate the access to Amazon’s music streaming services.

Apple can also rely on its extensive range of home-friendly products, from Home Pods to iPads and Macs all prompting the users to benefit from improved compatibility with Apple Music, which is also easily accessible through Apple’s voice assistant Siri. While Google also has its home speaker range and voice assistant to drive consumption on its music streaming service YouTube Music, the main source of traffic for its music service is likely to come from YouTube itself, as the video platform has been experiencing a rise in consumption since the outbreak and with YouTube Music being bundled with YouTube Premium, the companies’ ad-free video streaming plan.

Despite Spotify not having its own hardware, the company’s long-term strategy to ensure its ubiquity, integrated in as many devices as possible and supported by first party voice assistants is likely to pay off. The years of long-term partnerships with hardware manufacturers, including Amazon, Apple and Google, as well as the company’s strong brand loyalty amongst its subscribers, will help maintaining Spotify’s robustness in this new landscape, where competition for attention between different players and media is at its peak.

Smaller streaming services, in the same way, are expected to be particularly reliant on their home audio device integration and the partnerships they have in place with speaker manufacturers and first party voice assistants to enable them to still take part in the battle for consumers’ ear at home.

For further insights and analysis on the music streaming competitive environment as well as key service developments, uptake and characteristics with detailed market data for 2015 to 2024, Futuresource Consulting’s streaming music outlook and service overview report is now available… | CLICK HERE to read FULL ARTICLE on Futuresource-consulting.com