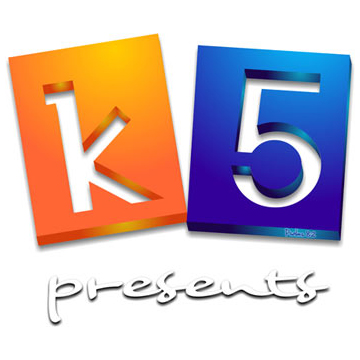 Syntax And K5 Join Forces For A Powerful Combination

San Diego, CA – Syntax Distribution expands its clientele once again to include K5 Presents, a company determined to give parents safe, fun and powerful content aimed at the formative years between Kindergarten through 5th grade. With this age range typically overlooked by the music industry, K5 has target with the K5 Kids – Cruz, Leylah, Lyric, Nash and Zoe – to sing the songs of well known family-friendly bands.

Joining forces with Syntax, the music of K5 Kids will be strategically placed in front of a larger audience offering a greater span of school-aged children music with a purpose. “Our partnership with K5 is an important step in positioning Syntax Distribution as the dominant independent distributor offering quality Children’s music,” says Tim Trudeau, President of Syntax.

K5, founded by Jon Hartman and Ahmande (Mondo) Grimes, has prepared K5 Kids Sing the Songs of TobyMac for it’s first release on April 26th, and is already available for pre-order at major digital retailers. Sung by kids, for kids, this album will include hits such as “Hold On,” “Made to Love,” “City on our Knees,” “I’m For You” that your whole family will love. As an added bonus, this disc also introduces tracks from upcoming K5 artist Alli B whose upbeat tempo and overall sound strikes a chord in the music industry.

The music industry has seen many changes in recent years as it has been ushered into the digital age. Syntax works with these changes by developing a strong and creative digital strategy and leveraging relationships. “Today it is crucial for a business to have more than just an internet presence. We need an active, moving, and adapting marketing presence,” says Grimes. “Our partnership with Syntax is equally as important as our physical distribution.”

“For whatever reason, pop radio has turned into a cesspool of idiocy ranging from audible pornography to instilling a worldview absent of purpose. A formula that consistently arrives at depression,” says Trudeau. “As a parent, I am extremely aware of the content setting up camp in my children’s heads. That’s why I enjoy partnerships with companies such as K5 who share in the caring of small people on the listening end of music.”

Syntax Distribution, a division of Quality Junk, is one of the top independent digital distributors and aggregators representing more than 25,000 songs. Syntax handles many of the top independent artists such as David and Tamela Mann of Tyler Perry’s Meet The Browns and Disney’s “Next Big Thing” winner, Jasmine. Their record label clientele includes Central South, Crossroads Music, and iShine, among others. To learn more, visit www.syntaxcreative.com.

K5 Presents, is a company determined to give parents safe, fun and powerful content for kids Kindergarten through 5th grade. Upcoming releases from K5 Kids will include songs from the biggest names in Christian music including The Newsboys, DcTalk and Kirk Franklin. To learn more, visit www.k5presents.com.