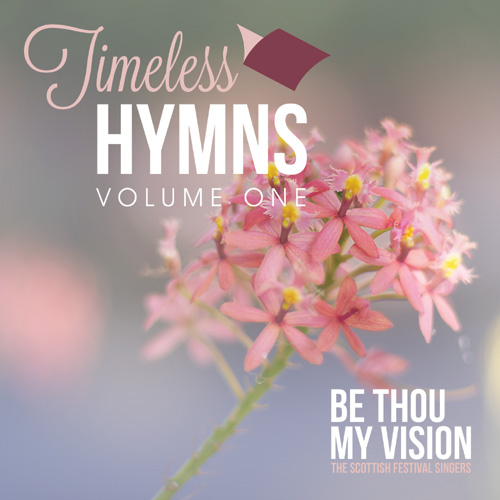 Syntax Creative welcomes Whole World Media Group—an established label that focuses on concept-driven projects—to their roster. Together, they are gearing up to launch the brand new “Timeless Hymns” series, starting with Volume 1: Be Thou My Vision featuring the Scottish Festival Singer which will be in stores 05/13/2014 at all digital service providers, or is available as a pre-order now at iTunes.

Whole World has a long list of successes including “Celtic Series,” created for Capitol Christian Music Group, which has sold over 750,000 units and a children’s series which has sold over 400,000 units. The Heart Of Worship and Worship Collection have both sold in excess of 500,000 CD’s outside the US.

Whole World Media Group Co-founder Jeff McKenzie said, “We partnered with Syntax Creative because of their keen understanding of the digital marketplace which is now becoming an important part of our strategy as new formats are constantly being developed.”

“I’ve known Jeff for a decade now and throughout that time I’ve explored ways we could work together. I am glad to finally be able to say that the time has come,” says Syntax Creative CEO Tim Trudeau. “It’s with great pleasure that I am finally able to add Jeff and Whole World Music Group to our growing list of clientele!”

Unlike traditional labels, which tend to focus on marketing individual artists and then subsequently relying on those artists work-ethic and loyalty, Whole World focuses on creating concepts and building brands that can live well beyond the career of an artist. Whole World also intentionally develops music from diverse cultural and ethnic backgrounds.

“Jeff is extremely good at coming up with products the consumer wants. His years of experience and market intuition are the reason Whole World has longevity and maintains itself while many other labels in our scene have gone belly up,” adds Trudeau.

“I like the way the folks at Syntax Creative think and more importantly how they act, so partnering with them made a lot of sense” added McKenzie.

Syntax Creative, based in San Diego, California, is one of the top independent digital distributors, design firms, and marketing agencies that represents more than 100 content creators. Their clientele includes Central South, Answers In Genesis, Pinecastle Records, Crossroads Music, Canon Press, and Collision Records among others. To learn more, visit: www.syntaxcreative.com.

Scottish Festival Singers was founded in the early 1960’s. Within a few years they became internationally known thanks to many appearances on BBC television’s “Songs of Praise”. The choir has since released several albums of hymns and psalms, with the latest Timeless Hymns released by Whole World Media Group.