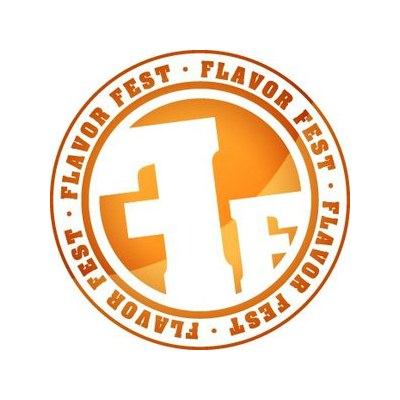 The 15th annual Flavor Fest conference, which takes place Oct. 8-11 in Tampa, Fla., has partnered with Syntax Creative to manage the workshop track specifically designed for artists. Two of the panelists that Syntax has secured are Billy Johnson Jr., senior editor of Yahoo Music, and Tre’ Corley, owner of Oak Tree Productions. Registration is available at flavorfest.org for a discounted rate until Oct. 5, when it will rise to its walk-up registration pricing.

“Flavor Fest is excited to partner again with Syntax,” Flavor Fest founder Tommy Kyllonen said. “We’ve had a great relationship with them over the years. It’s been exciting to watch them grow as they have emerged from a record label to become one of the largest independent digital distributors in the industry. They have tons of valuable knowledge and priceless expertise to share with the up-and-coming and established artists attending our conference.”

“Tommy and his team have done an amazing job at building one of the best and most affordable conferences I have attended — and I have had the privilege to attend a lot of conferences,” Syntax CEO Timothy Trudeau said. “Unfortunately, most panelists are chosen solely on their ability to draw a crowd. While this secures registrations, it doesn’t always offer practical takeaway advice. This is why I didn’t just pick people who would draw … I picked people who will genuinely help. Billy and Tre’ are self-motivated, thoughtful leaders who have worked their way to the top of their respective fields. We are fortunate that they are bringing their knowledge and experience to Flavor Fest and allowing us to pick their brains.”

“During my 25 years as a music journalist, I’ve had an opportunity to interview more than 1,000 artists and music industry executives at varying levels of their careers about their pursuits, strategies, wins, losses and lessons learned,” Johnson said. “I am excited to share my observations with Flavor Fest attendees with the intention of affirming, encouraging and helping guide their efforts. The most enjoyable part of my career has been identifying a talented new artist or a great new song in its infancy, and watching it blossom from a cocoon to a butterfly state.”

“You may have amazing talent, but you can destroy your career in a matter of minutes simply by making misinformed decisions,” Corley said. “That’s why I am excited to come to Flavor Fest and connect with new people! I want to offer hope to new and established artists alike. If the knowledge and experience that I have can help grow or catapult an artist, then I am extremely happy.”

In addition to Johnson, Corley and Trudeau, there will be more panelists announced during the upcoming weeks who are expected to help artists, managers, promoters and administrators grow in their craft.

Billy Johnson, Jr., a senior editor for Yahoo Music, has been covering hip hop, R&B and pop music for more than 20 years and has interviewed the likes of Beyoncé, Janet Jackson, Quincy Jones, Kanye West, Eminem and Mary J. Blige. He began his trek at Yahoo in 1998. His work has also been featured in Rap Sheet, Word Up, Entertainment Weekly, Vibe, The Hollywood Reporter, The Source, Upscale and more. Johnson has appeared as a music expert on CNN.com, Tavis Smiley, E!, The Insider, BET, VH-1, ABC, FOX, AXS-TV, TV Guide, NPR, KNX, KFI, WBZ, among others. To learn more, engage with him on Twitter at: http://twitter.com/billyjohnsonjr.

Flavor Fest exists to train, network and resource leaders in urban culture. Founded in 1999, with thousands of people from all over the world having attended, this is the largest and most well-known conference of its kind. Two-time Grammy Award-winning rapper Lecrae made his first national festival appearance there as a self-submitted artist, and he’s returned several times since. Rick Warren, Eric Mason, Derwin L. Gray, Tedashii, The Ambassador, MC Jin and more gifted speakers and performers have also made appearances. Over the years, countless leaders have been equipped to be more effective in their communities. To learn more, visit: http://flavorfest.org.