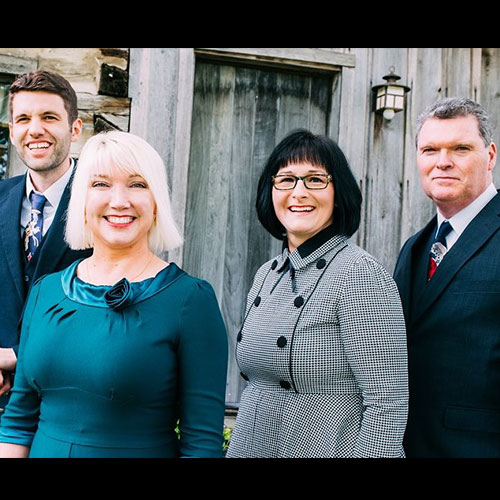 Arden, North Carolina (September 10, 2019) | The Chuck Wagon Gang (pictured) has claimed the #1 spot on the Billboard Bluegrass Chart with their latest album, No Depression In Heaven, The Gospel Songs Of The Carter Family (STREAM/BUY). The release from Mountain Home Music Company has also reached #2 on Billboard‘s Southern Gospel chart, #19 on the Top Christian / Gospel chart and #31 on the Current Country albums chart.

“The Chuck Wagon Gang’s tribute album to the Gospel songs of the Carter Family is a project almost a year in the making. We worked exceptionally hard on this project. From the choosing of the songs to the arrangements to long hours in the studio….artists always hope that this hard work will render reward. And for us it certainly has!” says alto singer Shaye Smith. “The Chuck Wagon Gang has not had a number one record since probably the 1960s. We are so excited to be part of a project with such far reaching attributes — and anxiously await what lies ahead!!” 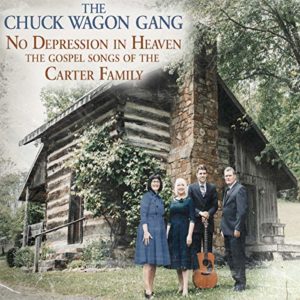 Since 1936, hope, harmony, faith and family have been at the center of the Chuck Wagon Gang’s music. Today in its third generation, the group decided to honor The Carter Family’s storied career, carrying on the American roots tradition of singing songs from the heart and telling stories of life’s struggles and what people turn to to get through them. With empathy, this music recognizes the human condition.

Smith says they carefully selected songs from The Carter Family’s catalog that would fit with the Chuck Wagon Gang’s well-known style of four-part harmony vocals and their signature guitar accompaniment. By doing so, they added yet another dimension of tribute to the Carter Family that’s sure to please connoisseurs of the legendary group’s history, who will easily hear echoes of the second generation Carter Family sound, created by Mother Maybelle with daughters Helen, Anita and June, and at one time even incorporated the guitar of Chet Atkins. The result is an even richer tribute to the Carter Family’s entire generation-spanning legacy.

“One of the Chuck Wagon Gang’s most beloved songs is ‘Echoes From The Burning Bush.’ That is what this album sounds like to me — an Old Testament echo,” says Marty Stuart, GRAMMY-award winning American country singer. “The songs and the singing are crystal clear. Beautiful words wrapped in sounds that touch my heart, give me hope, fill my soul with peace, and paint pictures in my mind of God’s eternal Heaven.”

> Listen to No Depression In Heaven, The Gospel Songs Of The Carter Family HERE

About the Chuck Wagon Gang | Although the Chuck Wagon Gang has been around since 1936 — undergoing many personnel changes over the years — its sound and devotion to old-fashioned gospel has remained much the same. Their greatest significance is that the band provides an important link between country music and traditional sacred songs of the South. This music, has moved Johnny Cash, Merle Haggard, Charlie Daniels, and generations of gospel singers and open-eared listeners. For more than 80 years, the Chuck Wagon Gang has offered hope and harmony, faith and family. Now in its third generation, the Chuck Wagon Gang features alto singer Shaye Smith, tenor singer Stan Hill, soprano singer Melissa Kemper and guitarist and bass singer Karl Smakula.