New Bluegrass, Worship and Classic Recordings for the First Time Ever

Mark Five Company is owned by Rick Sandidge (pictured, top-left), an industry veteran of over 45 years who has produced and recorded hundreds of artists including James Brown, Anita Ward, Aaron Tippin, The Dixie Dregs, Richard Smallwood, Donnie McClurkin and The Bowlings. Mark Five’s full catalog is now available for the first time ever digitally.

“I’m excited about the ability to introduce this music to a worldwide audience for the first time digitally, Sandidge says. “This was impossible at the time these titles were originally released starting all the way back to 1961. Although these projects were significant for their time, it’s exciting that a whole new generation of listeners are going to discover our music.”

Representing just one example of catalog being digitized by Syntax from Mark Five, click “play” below to listen to the opening track from The Martins Live (STREAM/BUY) originally released in 1993:

“It’s always a treat to participate in the introduction of a catalog to the digital space for the first time,” adds Syntax Creative CEO Timothy Trudeau, “I consider it an honor and look forward to serving Rick and his illustrious artists.”

Mariners Worship is the musical expression of Mariners Church located in Orange County, CA. Mariners team members are songwriters on Matt Redman’s upcoming song, “Mercies (New Every Morning)” releasing January 31st. Their own project, A Death Like His (Deluxe Edition), is set to coincide with the upcoming lent season and is available now for pre-order. 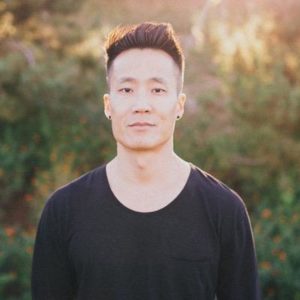 “Worship can bring people closer toward God and one another,” says Mariners Church Worship Pastor Daniel “DK” Kim. “We’ve been writing songs for our local community for many years and are now ready to share with the rest of the world. The partnership with Syntax will bring an instant touchpoint to the world.”

On partnering with Syntax Creative, Rolling Hills Community Church (Franklin, TN) Worship Director Leo Ahlstrom says, “Finding a solution for getting our music live at all of the digital service providers is one thing … But having a partner who understands the modern worship movement and wants to make sure our songs aren’t getting lost in the shuffle every Friday is invaluable.” 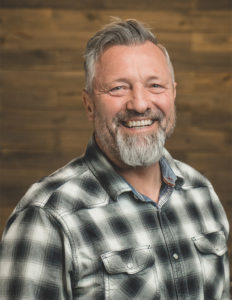 Click “play” below to listen to one of the Christmas singles from Rolling Hills Worship recently distributed by Syntax:

“Partnering with Rolling Hills was a no-brainer for us,” says VP of Communications & Marketing Kevin Sparkman. “The commitment to their called communities and craftsman-like approach to both songwriting and production makes us very excited about kicking off this new year!”

“We were referred by a trusted industry colleague that has been doing business with Syntax for over a decade. Upon the first round of releases that were delivered, we immediately began noticing editorial placement,” says Mojo.

Mark Five Company is a Southern Gospel label that was founded in 1961 and is based near Nashville, TN. Mark Five is steeped in history with releases from legendary artists such as Perfect Heart, The Martins, The Rochesters, The Anchormen and Rivers & Owens. To learn more, visit: https://www.markfiveco.com.

Mariners Church is one of the top 20 largest churches in the United States with locations in Irvine, Mission Viejo, Huntington Beach and San Juan Capistrano. To learn more, visit: https://marinerschurch.org.

Rolling Hills Community Church was planted in the suburbs of Nashville over 15 years ago and has grown into three thriving campuses located in Nashville, Franklin and Nolensville. To learn more, visit: https://rollinghills.church.

Dark Shadow Recording is a Nashville-based record label, recording studio and educational environment. Dark Shadow invests into young musicians by opening up their studio space to a variety of coaching and learning experiences. To learn more, visit: http://darkshadowrecording.com.