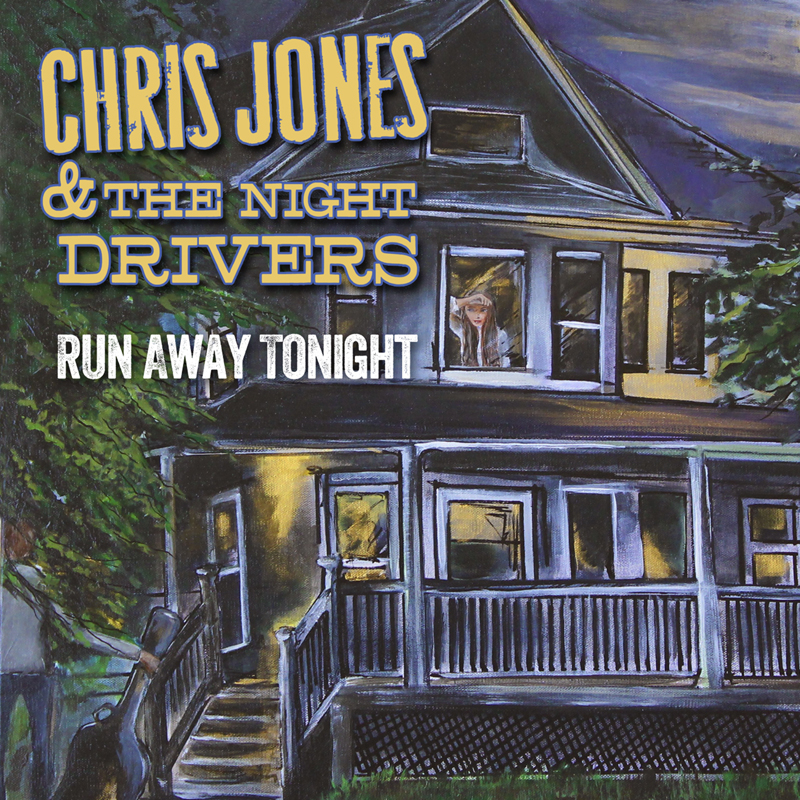 Part of the musical depth of Chris Jones & The Night Drivers’ new Mountain Home release Run Away Tonight is due to the longevity not just of the group, but of this lineup. Chris Jones founded the band in 1995, marking 20 years this year. Chris was joined in 2003 by bass man Jon Weisberger and by banjoist Ned Luberecki. German-born mandolin player Mark Stoffel signed on in 2008 and since then, the quartet’s turned into one of the  genre’s tightest and most empathetic ensembles.

Ask Chris Jones about reaching the 20th anniversary of his career as front man for the Night Drivers and the answer is likely to be some expression of Jones’ characteristic sense of humor. “Three of us have been playing together for well over half of that time, and our newest member has been with us more than eight years. We should at least know each other’s phone numbers by now.”

“In all seriousness, though,” he continues, “I’m grateful for this lineup of the Night Drivers and the length of time we’ve been blessed with to really have a chance to gel and understand each other musically and personally. Run Away Tonight represents an exciting new chapter for us.”

With two award-winning songwriters in the band—Jones took the International Bluegrass Music Association’s Song of the Year trophy in 2007, while Weisberger earned the organization’s first-ever Songwriter of the Year title in 2012—it’s no surprise that Run Away Tonight focuses on original material. The duo co-wrote the first single, the infectious, old-time-flavored “Laurie,” and six other songs. Luberecki and Stoffel each contribute one new instrumental, making Chris Jones & The Night Drivers one of the few contemporary bands to continue the old bluegrass tradition of two instrumentals per album.

Guest appearances by Hall of Famer Del McCoury, legendary fiddler Bobby Hicks, former Night Driver Casey Driessen, and label mates current IBMA Male Vocalist of the Year Buddy Melton and Darin & Brooke Aldridge are more in the nature of enjoyable bonuses than necessities. And while the group chose to work for the first time with an outside producer—Balsam Range’s Tim Surrett, who also contributed some appropriately spooky dobro—the focus is squarely on Chris Jones & The Night Drivers.

The combination of talent, persistence, humor and thoughtfulness makes this band one of music’s most distinctive and durable acts. Twenty years? For Chris Jones & The Night Drivers, it’s only the beginning.