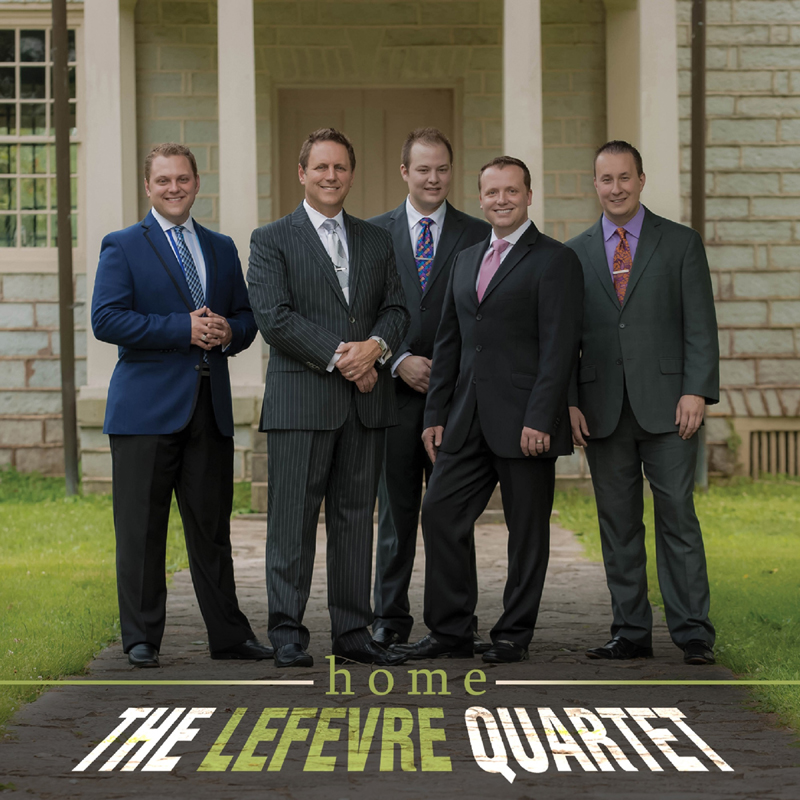 In 1921, the original LeFevre Trio began traveling and singing across the country; quickly setting the standard for quality and professionalism in what would become known as Southern Gospel Music.

For decades, the LeFevres have blazed trails, turning out songs and singers that would become legends in the field. Their award winning music allowed them to sing for Presidents and Dignitaries all over the world.

The LeFevre Quartet has been nominated in the top five for the 2014 Diamond Awards, with fans voting for them as “Favorite Quartet,” “Album of the Year” (But for the Cross), “Song of the Year” (Come and See) and “Favorite Group Website.” They have also won multiple SGN Awards and been nominated for a Dove Award.

The new album Home, will be in digital service providers everywhere February 12th, and is available for pre-order now at iTunes, Amazon and Google Play.