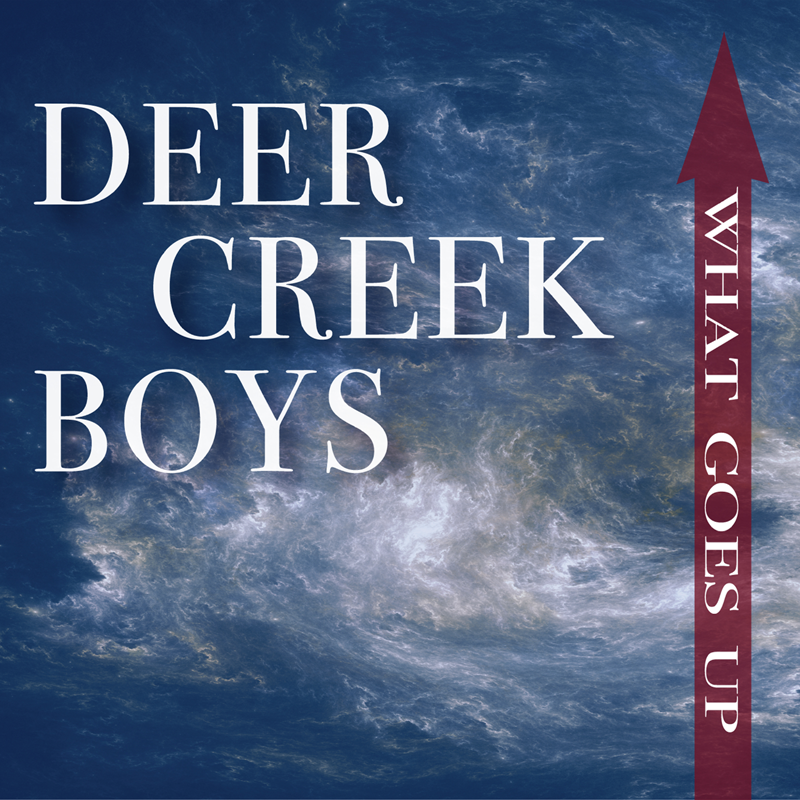 Deer Creek Boys – “What Goes Up”

Mountain Fever Records is pleased to announce the first single from the newly signed Deer Creek Boys is available to radio and consumers today! “How A Cowgirl Says Goodbye” is from the band’s upcoming debut album, What Goes Up, slated for release April 15th.

The Deer Creek Boys were originally formed in 1999 when brothers Justin Tomlin (guitar),Jason “Tater” Tomlin (bass) and their friend Cason Ogden (mandolin) started picking locally in their native Amherst, Virginia. Fast forward to the present-day, when the group has been reformed with the members much more experienced and polished. The group added North Carolina banjo picker Andy Lowe to round out their sound, and have been a festival favorite ever since re-emerging on the scene! With individual stints in Nothin’ Fancy, Junior Sisk & Rambler’s Choice, and the Bluegrass Brothers on the band’s resume, the Deer Creek Boys are a powerful blend of energetic picking, hard-hitting harmonies, and top-notch songwriting. Although the members each have a sound supported by years of performing with typically traditional artists, together, the Deer Creek Boys present a youthful, edging-on-contemporary approach to bluegrass that is really all their own. “How A Cowgirl Says Goodbye” is the first single from the band’s upcoming full-length album,What Goes Up, and is a perfect representation of the Deer Creek Boys first effort with Mountain Fever Records.

“Being located in Virginia, I’ve know this group of guys for many years,” states Mark Hodges of Mountain Fever Records. “I’ve had the rare opportunity to see their work ethic with other bands and the talent that each of them possess. When I heard they made the decision to make the Deer Creek Boys their musical priority, I decided to keep an eye on their development and sure enough, they proved they were serious about their efforts. I’m anxious for everyone to hear the music they are creating. I think it’s traditionally based, but fresh and different. I like that in a new “old” band!”

The full-length album,What Goes Up, will be available everywhere April 15th, and is available now for pre-order at iTunes, Amazon and Google Play. Those who pre-order the album via iTunes, will receive an exclusive bonus track, “Amie.”