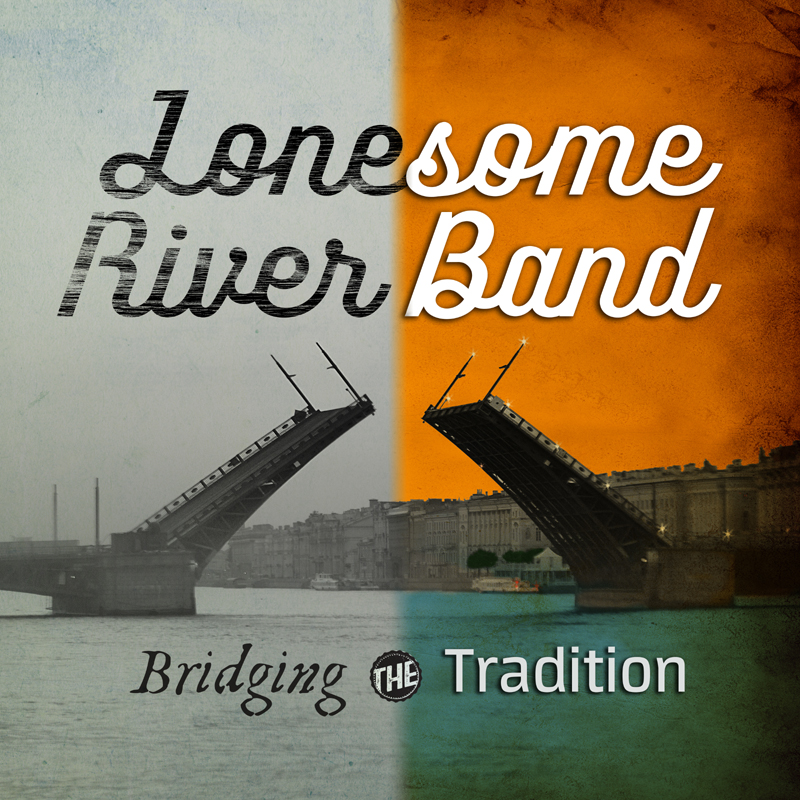 Lonesome River Band had been established for nearly a decade when the band released its landmark album, Carrying the Tradition, in 1991. The critically acclaimed project ushered in a new era for Bluegrass by acknowledging tradition while introducing new elements that expanded the genre.

Now, 25 years later, this award-winning band is again set to build on the familiar while adding bold progressiveness to its legend with, Bridging the Tradition (Mountain Home Music Company), which is releasing worldwide on 3/18 and available for pre-order now at iTunes, Amazon, Google Play and 7digital.

The new album contains the familiar LRB groove but offers Grass versions of Country songs. The band covers the popular Waylon Jennings hit, “Rose In Paradise,” making the tune all its own. A progressive and spooky rendition of the Old Time ballad, “Boats Up The River,” is rendered with the familiar sound that LRB has perfected over the past quarter century, as is the working class anthem, “Real People,”

Driving, in-the-pocket power Bluegrass is here as well. The Carter Stanley classic, “Rock Bottom,” lives alongside the commanding, “Swinging Bridge.” Both are examples of the finest Traditional Bluegrass being recorded today.

Bridging the Tradition is both familiar and progressive, with each track receiving just the right treatment. Some arrangements include the addition of masterful session drummer, Tony Creasman, who adds percussion in the most tasteful way to complement the rhythmic pulse that is a hallmark of the LRB sound.

“This album is different than anything we’ve ever done,” says multi-award winning banjo player, Sammy Shelor. “The songs are ones that we are really personally interested in doing. What we came up with has once again helped to recreate our sound. All the while, we are being true to ourselves as musicians.”

Lonesome River Band is continuing to evolve in the ever-changing landscape of Bluegrass and Acoustic Country music. With Bridging the Tradition, the band once again delivers incredible, ground-breaking music that is rooted in the tradition it began decades ago.

Since its formation 34 years ago, Lonesome River Band continues its reputation as one of the most respected names in Bluegrass music. Five-time International Bluegrass Music Association (IBMA) Banjo Player of the Year, and winner of the Steve Martin Prize for Excellence in Banjo and Bluegrass, Sammy Shelor leads the group that is constantly breaking new ground in Acoustic music. With two stellar lead vocalists, Brandon Rickman (guitar) and newest member Jesse Smathers (mandolin), and the impressive talents of Mike Hartgrove (fiddle) and Barry Reed (bass), the band seamlessly comes together, performing the trademark sound that fans continue to embrace.