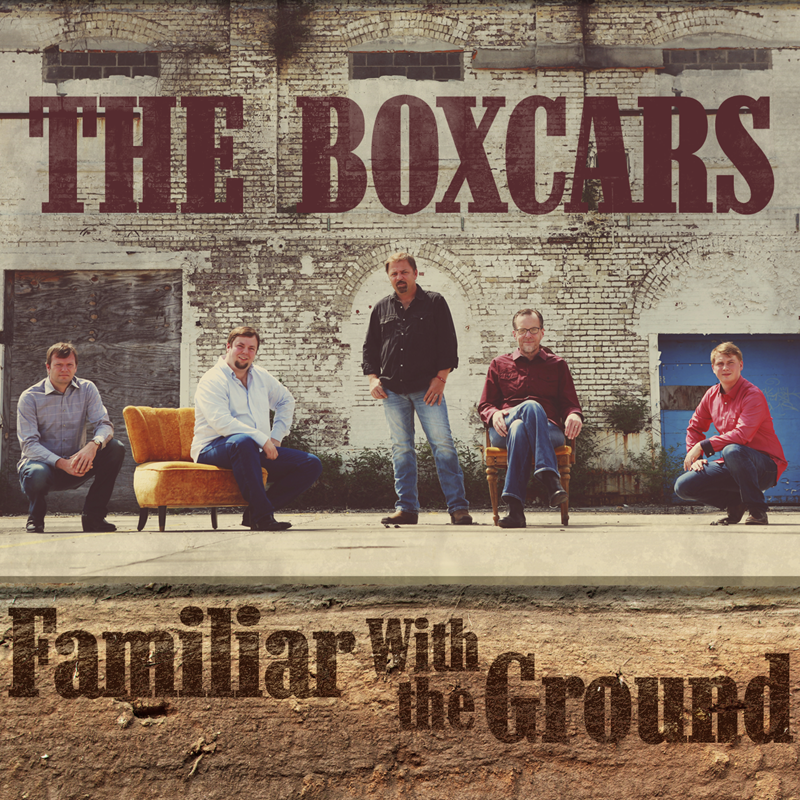 The Boxcars – “Familiar With the Ground”

Every time The Boxcars open their cases, a clinic on how to play Bluegrass ensues. The two time Bluegrass Instrumental Band of the Year have achieved a level of musicianship that sets a standard in the genre. They have a knack for connecting the power of the tradition of Bluegrass with an updated style that converts new fans to it.

Now they are back with a new release from the Mountain Home Label, Familiar With the Ground, which will release worldwide March 18th, and is available for pre-order at iTunes, Amazon, Google Play now.

The release is well worth the wait from this outfit that truly fits the definition of Super-pickers. A band of top tier singers and musicians that have used their talent to craft a weighty album that is clever, complex, melancholy and profound.

The lead off track Lungs, an unlikely cover of a Towns Van Zandt ballad is brought to new life by lead vocalist Keith Garrett. Garrett is a singer’s singer whose range and powerful tone give The Boxcars a distinctive sound that is carried throughout the album and especially shines on the title track, Familiar With the Ground, which is written by Garrett.

Sharing lead vocal is Ten time IBMA Mandolin Player of the Year Adam Steffey whose sorrow-drenched baritone perfectly fits the subjects of the tracks he handles, “Raised on Pain”  “Cold Hard Truth” and the murder/outlaw themed “Marshallville”. Familiar too is the lead singing of award winning banjo and fiddle master Ron Stewart on his own composition, “Branchville Line,” and the entire album is rounded out by the exceptional harmonies of all the members.

Familiar with the Ground sees the addition of newcomer Gary Hultman who matches his more experienced bandmates with resonator guitar playing that is as exciting as it is tasteful. Add that to the perfect timing of bass man Harold Nixon and the previous super-picker claim holds true.

The masterful performances on this album is something that Boxcars fans have always been familiar with. The group satisfies again the need to hear upbeat, straight ahead traditional songs that they do as well as any. They do this via the love song “I’m Dreaming of You” and the (BPM) moonshiner tale “Brown Hill” that close out the 11 track release.