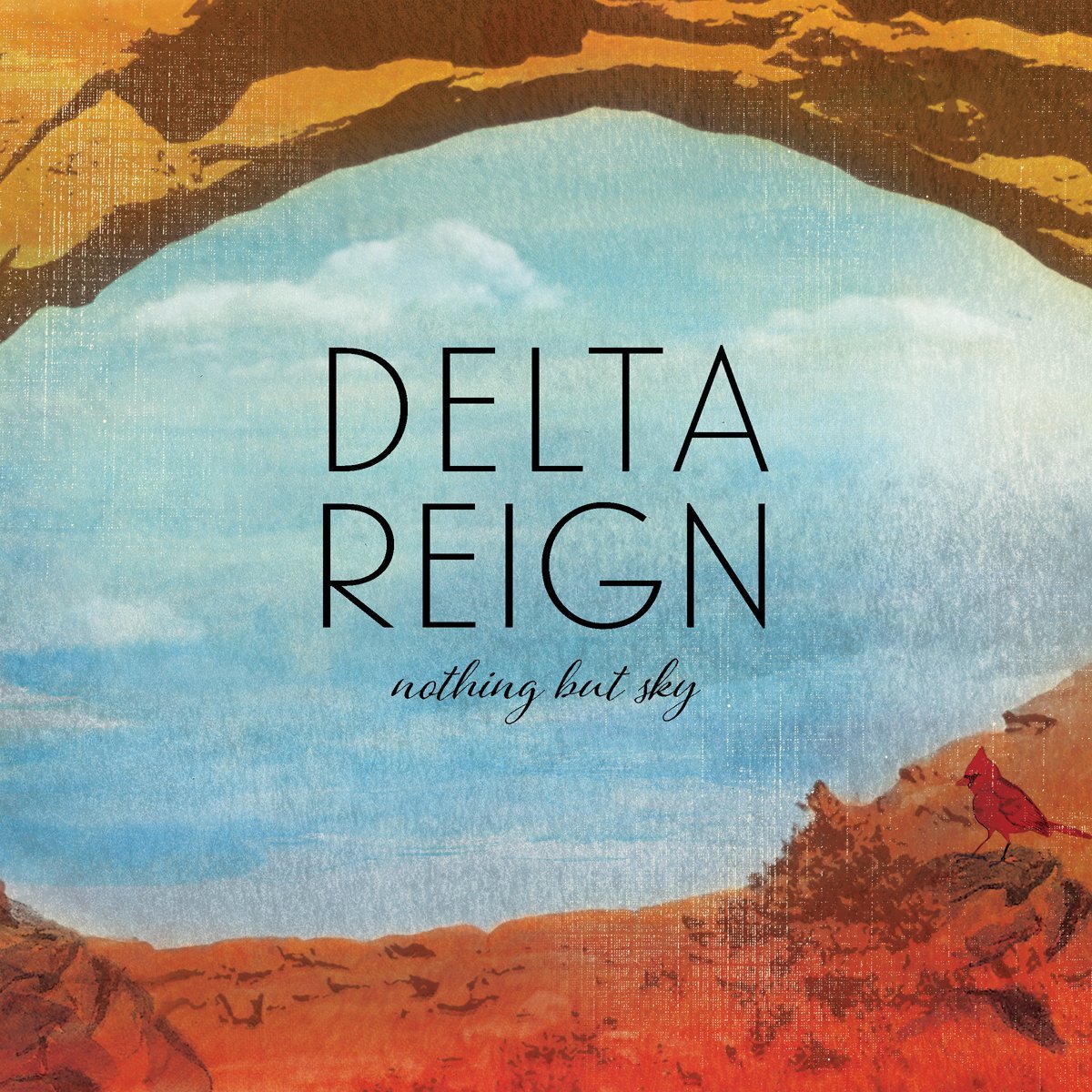 Delta Reign – “Nothing But Sky”

Music lovers are savoring a sweet sound coming out of the deep south. Delta Reign, the source of this delight, combines its members’ individual and unique musical interests to create their own distinct style. Is it Bluegrass? Swing? Blues? Jazz? Their new project, Nothing But Sky, released today by Travianna Records answers these questions and listeners agree, it’s an enticing combination of Americana music’s beloved styles.

Delta Reign is made up of the talented husband and wife duo of Pat and Benita Murphy of Mobile, Ala., with George Mason and Joshua Faul, both from Gulfport, Miss., completing the group. Pat’s banjo playing is always in the pocket with an original style that dances around the melody. He can also be found playing the Dobro with the group. Benita is a singer/songwriter who arranges most of the group’s music. She plays a strong rhythm guitar while occasionally adding the rousing swing rhythm that the band is well-known for. After performing and singing together for many years, Pat and Benita have developed the tight vocal blend and phrasing that can only be described as family-style harmony.

Dazzling fans with his fiddle, George has an impressive musical resume which is full of exceptional experience that helps set Delta Reign apart. His tenor vocals enhance the group as well. Joshua is the newest member of the band. Originally an electric bassist, he happened upon the upright bass while filling in with the band for a performance. He instantly fell in love with it and has kept the band together with his effortless bass skills ever since.

Nothing But Sky came together because of many talented songwriters. The title track was written by Ed Williams and upon hearing it, the band quickly adopted its lyrics as their vision because of the simple unlimited freedom it describes. Other songwriters from the project include Alan Rhody, Bart Butler, Tony Ramey, Vip Vipperman, Cameron Earnshaw, Robert George and Elvis Presley. The album includes everything from an emotional ballad, bluegrass story songs, a ‘barn burner’ and western swing tunes – there’s something for everyone. Aaron Ramsey, of Mountain Heart fame adds flair to a few tracks including the first song, “Calico Sundown”, which is already a favorite among listeners. Sean Murphy provides drums on the album.

While reflecting on their new project, Benita states, “It’s our hope that with Nothing But Sky, listeners will get to know who Delta Reign really is. We love what we do, and we hope our listeners will too.”

“To my ear, the mix of Earl Scruggs banjo licks with Texas-style guitar is irresistible. It invariably makes me smile. Delta Reign’s music falls neatly into the bluegrass and Americana genres and should find an eager audience among those who listen.” – John Lawless, Bluegrass Today