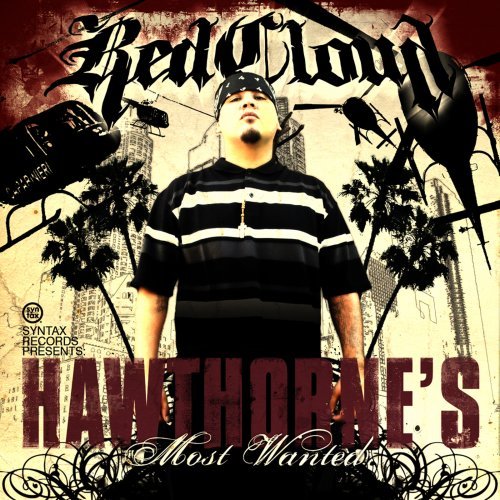 Hawthorne’s Most Wanted Is Due In Stores May On Syntax/KOCH; Album Features Singles “Guns & Roses,” “405” And “Tapatio”; Guests Include Kurupt, Tonex, Eek-A-Mouse, Jayo Felony, Pigeon John, Lord Zen And Dannu Of Visionaries

Groundbreaking rapper RedCloud is prepping for the release of his third album, the highly anticipated Hawthorne’s Most Wanted.  The Los Angeles area-based artist hopes to move rap forward by looking toward its past.

“Original hip-hop was uplifting and positive,” says RedCloud, whose first two albums, 2001’s Is This Thing On? and 2003’s Traveling Circus, have sold more than 40,000 copies collectively.  “It gave somebody hope and changed people’s lives.  It was street poetry that anybody could relate to.  Now, people are rapping about things that your average person can’t relate to — the cars, the diamonds, the money.  I rap about average person stories, issues that people don’t usually deal with.  I want to let them know what’s going on.”

If RedCloud seems to have an affinity for the road, there’s a reason.  A touring machine, RedCloud is slated to perform more than 140 shows in 2007.  His constant touring has helped expose his high quality, dynamic songs to fans thirsty for meaningful music.

“He’s really creative with how he writes,” says Timothy J. Trudeau, president of Syntax Records.  “I still love hip-hop, but it’s getting to point where I’m not impressed with lyricism anymore.  With RedCloud, he can do basic stuff, and he can get ridiculously complex.  I’m a fan of his music first.  It just so happens that he makes business sense, too.  You put it all together and it’s a no-brainer.”