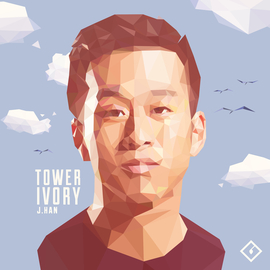 J. Han will release his debut album, Tower Ivory, on May 25, 2015. The record consists of 13 tracks, featuring collaborations with labelmates Sam Ock and Gowe alongside NAK, Mickey Cho and John Givez.

Tower Ivory blends hip-hop with elements of gospel, jazz and blues. J. Han recognizes the album as “the realization of [his] musical identity, and his journey towards manhood.” It reminds listeners that the expedition on life’s journey is equally as important as the destination reached.

Despite the LP being his debut studio full-length release, J. Han’s musical journey has already come a considerable way – the rapper has previously released the Rejoice EP, Art of Starch mixtape and two full-length albums with Hip-Hop collective, AMP Movement.