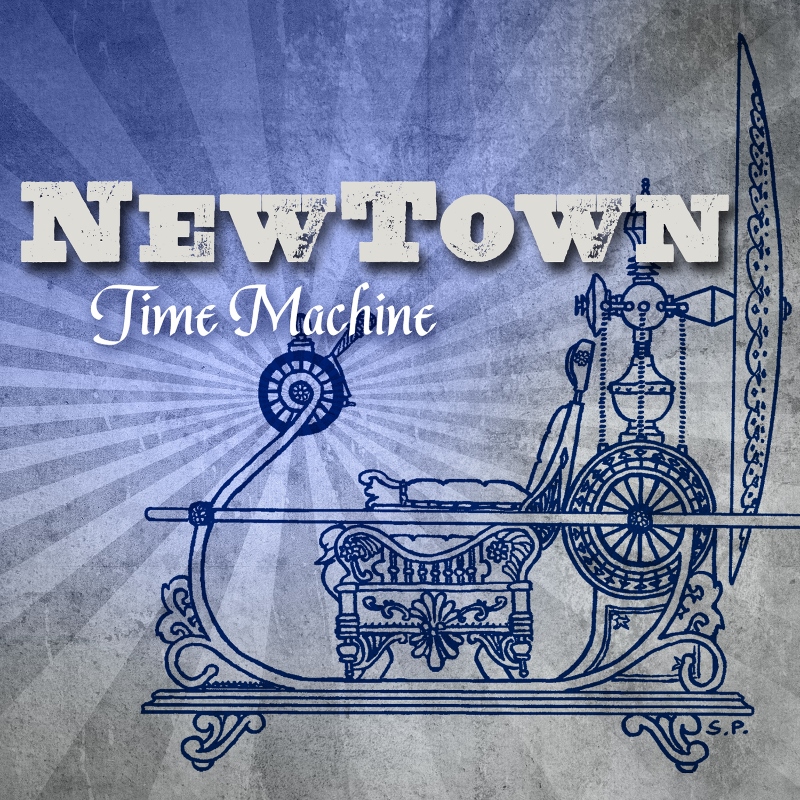 The eagerly anticipated second album from NewTown will be released on November 5th . Time Machine is the band’s first release with Pisgah Ridge Records and features the dynamic band from Lexington, KY led by husband and wife team Kati Penn-Williams and Jr. Williams.

The group has created a diverse project with song content that spans from strong originals by guitarist C.J. Cain to a fantastic cover of Guy Clark’s “Dublin Blues.”

NewTown features five dynamic artists demonstrating an array of acoustic music styling. Based in Lexington, Kentucky, Newtown harkens back to the legendary bluegrass and “Newgrass” sounds created within the walls of Lexington’s Red Slipper Lounge during the mid 70’s. At the same time, the band journeys into a musical realm of its own.

Kati, a gifted fiddle player and vocalist, is complemented by husband Jr. Williams with his amazingly high harmony and lead vocals along with persistently tasteful banjo and guitar playing.  Clint Hurd of Eidson, Tennessee plays mandolin, banjo and is a versatile singer. On guitar is C.J. Cain, a Lexington native and graduate of the University of Kentucky whose guitar style exemplifies an eclectic musical background and desire to innovate. Originally from New Brunswick, Canada and now living in Lexington, KY, Terry Poirier delivers the backbone of the band’s groove on bass.

Together, these artists blend vastly different musical influences to deliver a sound that is not only uniquely Newtown, but a sound that has prompted others to take notice.

“I am grateful for NewTown. I am grateful that they are playing music in an art form that is more concerned with creativity and honest artistry, than who is on the dying ‘hit parade.’ The beauty in the singing and playing, the depth of thoughtful, pointed, mature songwriting is what this band is about. Their ‘mission statement’ as it is, starts with track 1 (‘All I Was To You’) and ends with track 10 (‘A Train Robbery’). Time Machine is worth every minute of your precious time.” – John E. Cowan

“Everybody has always known what a great fiddler and singer Kati Penn-Williams is,” said producer and Pisgah Ridge A&R Director Tim Surrett. “But with this album, the musicianship of their great band, the powerful presence of Jr. Williams as a lead vocalist, and C.J. Cain’s great original songs, this band has become a true musical unit.”