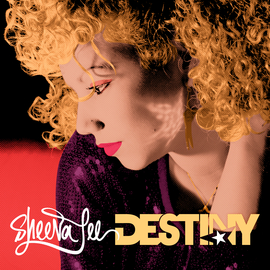 Sheena Lee is a Christian singer, songwriter and actress from Queens, New York whose debut album, Destiny, will be released through Syntax Distribution on August 6.

Sheena was raised in a musical family that values faith and the spiritual core of music. Her father, “Doctor” Bob Lee, is a long‐time radio personality at WBLS 107.5 FM in New York, and her mother, Vivian, through her company, New Beginnings, is involved in music for special celebrations. Her home as a child was filled with all styles of music.

As an early teen, Sheena found herself naturally drawn to singing and ministry. In 2002, her youth Pastor David Ham involved her in a holy hip‐hop and R&B ministry known as T.R.U.C.E. (To Reach Urban Communities Everywhere), which was under the leadership of Nicky Cruz Outreach. As a part of T.R.U.C.E., Sheena performed in the lead role of the off‐Broadway play Run Baby Run about the life of Nicky Cruz. Sheena also appeared on three albums released by T.R.U.C.E. ministries as one of the lead artists. In addition, she has participated in missions work abroad in urban communities in Oslo and London and has attended the Carnival Cruise mission trip to Montego Bay with PraiseFest Ministries.

Sheena’s debut album, Destiny, is a reflection of her Christian journey and life experience, drawing upon various musical influences. The album features guest appearances by the Rev. Hezekiah Walker, Andy Mineo, and Benjah on tracks ranging from R&B to Pop to Hip Hop and beyond. It is Sheena’s first step on her path as an independent Christian artist.