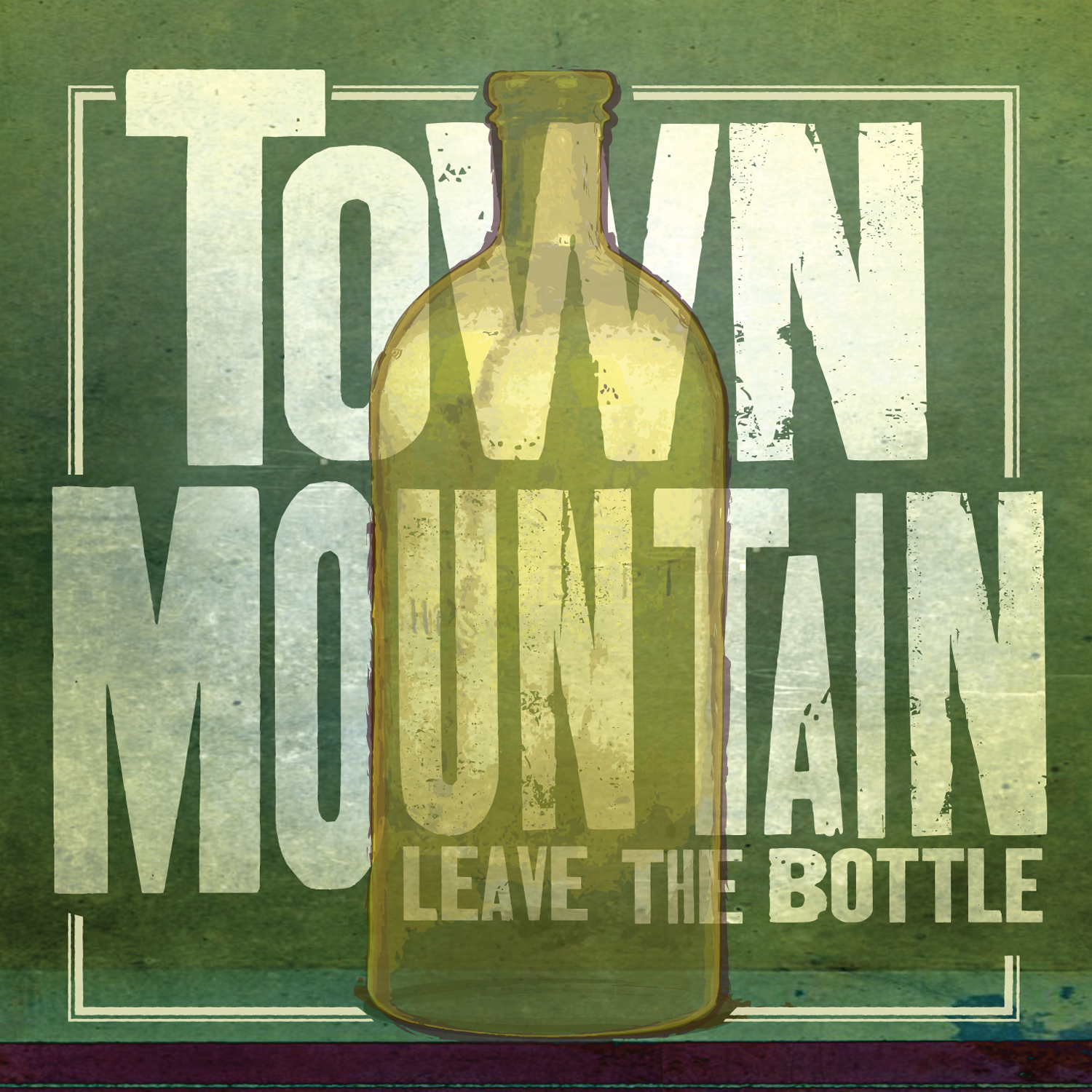 Asheville, NC’s Bluegrass Band Town Mountain is excited release their fourth album, Leave the Bottle, September 4th, 2012. The band finds themselves becoming one of the preeminent torchbearers of their craft, facing a promising future. “Centered around strong, soulful vocals, and poised to stay put,” says Woody Platt of the Steep Canyon Rangers, “Town Mountain are true to bluegrass in all the right ways and this new project keeps them firmly connected to the traditions of the genre, while also allowing them to reach out into the broad horizon of string band music. Leave the Bottle comes highly recommended.” Always contributing to the evolution of the bluegrass form, they toss influences as varied as surf-rock, gospel, and honky-tonk country into their field of play.
Banding together in 2005, Town Mountain is Phil Barker on mandolin and vocals, Robert Greer on lead vocals and guitar, Jesse Langlais on banjo and vocals, Bobby Britt on fiddle, and newest member Jon Stickley rounds them out with his steady bass and rock-solid guitar and vocals. They share the kind of easy-going friendly bond that relays itself through their music. One listen to their instantly memorable songs, and it’s plain to see why Grammy-winner Mike Bub would align with the group to produce Leave the Bottle as well as 2011’s Steady Operator, both through Pinecastle Records. Banjo player extraordinaire and longtime member of the Sam Bush Band, Scott Vestal, also joined the team by engineering the new album, which was recorded at Digital Underground Studio in Nashville, TN.
Mike Bub eloquently noted that Town Mountain is “not reinventing the wheel, but taking the wheel in their hands and driving the music down both familiar roads and out to new territory.” Jim Lauderdale was driven to exclaim, “There’s a new mountain in town – Town Mountain – and they get down with heart, grit, soul, and dive! They’ll get you moving!” They’ve done just that, winning the prestigious Rockygrass competition in 2005 before moving on to wow audiences from North Carolina’s Merlefest to Oregon’s String Summit to 2013’s February’s inaugural Mountain Song at Sea and all points between.
Town Mountain’s years of touring have created a mature well-traveled sound, a telepathic pickin’ style filled with mesmerizing interplay, and intoxicating rhythms that energize every tune. You hear it in Greer’s straightforward and genuine delivery of vocals that bear the burden of life, love, and loss in every lyric. “His voice has that hint of an edge to it that lends intensity and vitality to what he’s singing,” writes Bluegrass Unlimited. On Leave the Bottle, the band presents 11 original band-member written tunes and one cover. The repertoire showcase the band’s unique harmonic sounds with songs like “Don’t Go Home Tonight,” one of two tracks co-written with the Steep Canyon Rangers bassist Charles Humphrey III. Barker has also collaborated with Humphrey on songs included on SCR’s most recent release as well as the album with Steve Martin.
Title track “Leave the Bottle” was written by Langlais about being away from home, family and friends but more importantly being away from the one you love for long periods of time while on the road. He says, “Often times you’ll find solace in the strangest places. This situation finds it in the bottom of the bottle. A very real situation for lots of musicians.”
The free-spirited nature of the band’s members running on the proverbial “treadmill of life” is what inspired Greer to write “Up the Ladder.” Another song from the road, “Lawdog,” sung and written by Barker in the manner of Jimmy Martin, is relatable to to anyone that inevitably gets pulled over while trying to make good time traveling. “Heavy Stone” offers a counterpoint with verses talking about doing what you love, staying humble, and having faith; which Barkers calls “All pretty strong forces to live by.”
“Greenbud on the Flower” was written during the slower winter months while Barker was hit with a bad case of cabin fever, when he came to the window one morning and saw the first buds on the flowers outside, causing him to think of the good times ahead and quickly inspiring the lyrics which Greer sings
“Run Junior Run” a song penned by Barker about Junior Johnson, a man he calls “truly deserving of a bluegrass song… What an incredible life this guy has led. To go from legendary moonshine driver, to jail, to stock-car champion, to successful business man… not bad for a bootlegger’s son.”
The one cover on the album, “Loaded,” is a Wood Brothers song which Town Mountain performs as a slow, alt. country crooner; while “Four Miles,” written by Britt, is the only instrumental track and includes Mike Bub on bass. What bluegrass album would be complete without its share of love and cheatin’ songs? Town Mountain holds this tradition, while adding funny twists to the story. Langlais also penned a double murder ballad “Away From Home.”
Their undeniable charm and winning way with words recently won Town Mountain a spot on Putumayo’s recent Bluegrass release, showcasing the song “Diggin’ on the Mountainside” alongside tracks from Alison Krauss, David Grisman, Sam Bush, Railroad Earth, The Seldom Scene, and more. Town Mountain has collaborated and/ or performed along with Doc Watson, Jim Lauderdale, Steep Canyon Rangers, Acoustic Syndicate, Keller Williams, Larry Keel, David Grisman, and The Infamous Stringdusters. They’ve been branching out as a band and as teachers, making their first overseas jaunt to Finland in the spring of 2012 and holding court at workshops in Canada, St. Louis, amongst other cities. The prestigious International Bluegrass Music Association has twice selected Barker for their songwriting showcase (2010 and 2011), and the band was part of the official showcase in 2011.