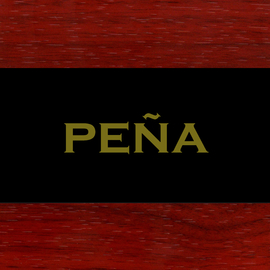 In April of 2010 Secret Stash Records traveled to Lima, Peru and assembled Pena, an Afro-Peruvian ensemble featuring a handful of the best musicians within the genre. The group was a revolving door of sorts that included over a dozen players ranging in age from 24 to 65. In seven days they recorded over 50 tracks. With no access to a conventional recording studio they improvised by tracking in classrooms, living rooms, balconies, offices, and even on the stoop of a hostile. The sessions were fast, free spirited, and generally consisted of one or two takes per track. The result is an authentic display of one of the world’s most unique, unexplored and underrated musical styles.

Afro-Peruvian music was born directly out of the slave culture of costal Peru (approx. 1521-1856). Each style or form of the genre reflects a different aspect of the life of slavery. The distinguishing instrument of Afro-Peruvian music is the cajón, a large wooden box drum. The first cajónes were nothing more than dresser drawers and fruit boxes used by slaves as drums.

For nearly 100 years Afro-Peruvian music and culture slowly withered away until the 1950’s when a small group of people in the village of El Carmen began a revival movement. Over the following decades, Afro-Peruvian music began to thrive on a much larger scale. By the 1970s Lima became the epicenter of its rediscovery. Until now, outside of Peru, this music had received very little recognition or notoriety. Only a small handful of Afro-Peruvian records are available abroad today.