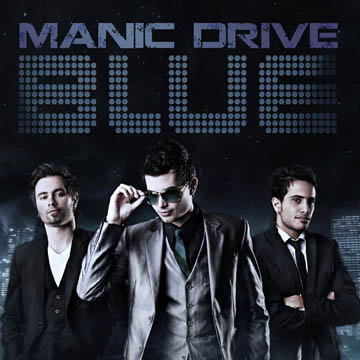 Whiplash Records band Manic Drive kicked off their fall tour with Group 1 Crew and headliners Fireflight last week at Southwestern Virginia Community College in Richlands, Virginia. The For Those Who Wait Tour will hit more than 30 U.S. cities before wrapping up on November 7th.

The band’s single “Walls” became one of this year’s biggest radio hits, boosted by the music video which received heavy airplay on numerous shows and networks including GMC, GOD TV, TVU and JCTV. Manic Drive’s latest radio single and music video, “Music,” has just been released.

Manic Drive also contributed their vocals to Michael W. Smith’s multi-artist benefit single “Come Together Now,” which raised money for the relief efforts following the devastating earthquake in Haiti. Manic Drive appears in the music video and joined many of the artists for a live performance of the song on the 41st Annual GMA Dove Awards, which was televised on GMC.

“It’s been an incredible year for us as a band,” says frontman Shawn Cavallo. “We are thankful for the fans that have followed us over the years, and we’re excited to be making new fans and friends on the road.”

Despite heavy touring, Manic Drive is writing for their next project which they will begin recording at the end of the year with an anticipated release planned for Spring 2011.