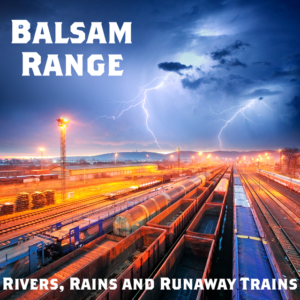 Even with a long list of accolades to their name, Western North Carolina’s Balsam Range still knows it’s all about the song. As one of the quintet’s fastest rising singles ever, “Rivers, Rains and Runaway Trains” (click play button above to listen), which is No. 1 on this month’s Bluegrass Today chart, is an example of the undeniably appealing combination of meaningful songwriting and thoughtful arrangement—not to mention the stellar performance for which Balsam Range earned so many of those honors in the first place.

Co-written by Milan Miller, whose regular hit-making contributions make him nearly an adjunct member of the group, and frequent collaborator Beth Husband, the song is a well-crafted account of how its cautious narrator gets swept away by a love that overcomes every reservation. With its irresistibly catchy, tightly-rhymed chorus, propulsive rhythm and dazzling instrumental work, the song captures everything that’s earned Balsam Range a legion of devoted fans and a reputation as one of the genre’s leading contributors—enhanced by the fact that the group retains all of its original members: Buddy Melton (fiddle); Darren Nicholson (mandolin); Marc Pruett (banjo); Caleb Smith (guitar) and Tim Surrett (bass).

“‘Rivers, Rains and Runaway Trains’ is another hit from Milan Miller and Beth Husband,” says Surrett. “We’re very fortunate to have their songs to record. We’ve had so many hit songs that feature Buddy’s singing—and rightfully so, I love them all—but personally I’m excited to see a song featuring Caleb go to No. 1. He’s one of the best vocalists in the business, and a great strength of our band is being able to switch singers to keep the music fresh.”

In a genre where creativity and longevity don’t always go hand in hand, Balsam Range stands out for its continued dedication to quality, inspiration and the excitement of transforming the raw material of a great song into a great recording. 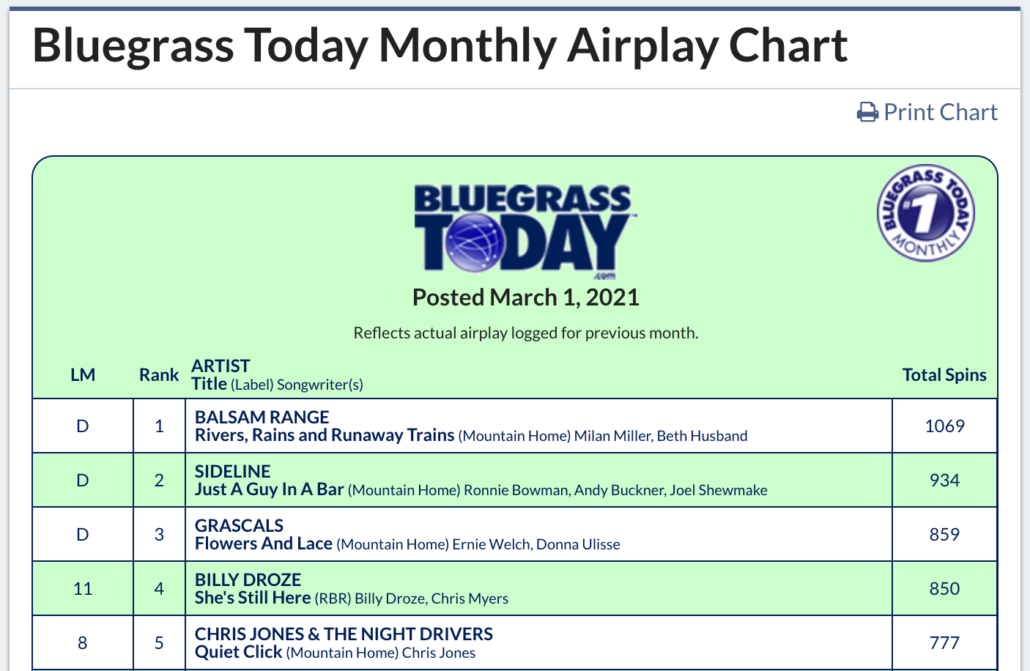