As a member of the GRAMMY Award-winning Infamous Stringdusters, Jeremy Garrett is renown for his fiddle playing and bold vocal styling. Now, with the upcoming release of Circles (Pre-Save/Add or Pre-Order), an intimate wide-ranging solo album, he serves up a compelling reminder that some artists’ creativity needs more than one outlet to be completely fulfilled. Circles, now available for pre-order, will be released by Organic Records on Jan. 31, 2020.

A multi-instrumentalist, Garrett uses guitar, fiddle, and mandolin—along with plenty of modern musical technology—behind his signature vocals to showcase an especially emotive side to his song-crafting. Yet as personal as the songs on the 8-track collection are, they also reflect his engagement with a community of co-writers, including some of the best-known names in Roots/Americana music. Highlights are Oliver Wood of the Wood Brothers on Garrett’s previously released single, “I Am Who I Am” (STREAM/BUY); Darrell Scott on “What Would We Find”; and one of his long-time writing partners, the award-winning Jon Weisberger on “Travel Light,” “The Highway” and, along with another veteran co-writer, Josh Shilling, on the project’s first single, “I Can’t Lay Your Lovin’ Down” (STREAM/BUY). 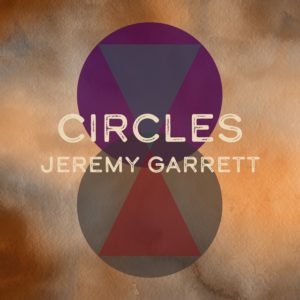 The title track, “Circles,” finds Garrett working with noted writer Donna Ulisse to weave together melancholy and hope in a meditative reverie enhanced by atmospheric vocal harmonies from singer-songwriter Prisca.