Lauren Talley—known for her powerful and soulful voice—has released a video for her current single, “Glorious God.”

The song from her recent album, Glorious God: Songs of Worship and Wonder (STREAM/BUY), shares the creation story and recognizes all God created to give us the lives we live. As Talley sings with nature surrounding her, it’s a reminder that God’s presence is all around, everywhere we go.

Glorious God: Songs of Worship and Wonder, released by Horizon Records, captures the awe Christ inspires with some of today’s most loved worship songs. Please watch video by selecting the “play” button below:

> Listen to or download Glorious God: Songs of Worship and Wonder by CLICKING HERE 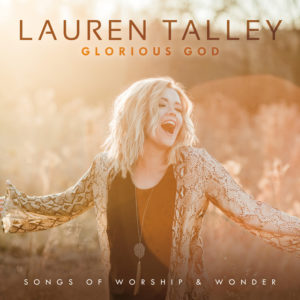