Syntax Creative is moving its headquarters from San Diego, California to Nashville, Tennessee. Although friends, sunshine, Mexican food, and the land of perpetual vacation have all helped to launch Syntax Creative into one of the top independent digital distributors and marketing agencies, a move to Music City makes the most sense with its eyes pointed toward the future and its heart full of adventure.

“After 20 years of hearing people say, ‘That’s my favorite city,’ when they found out where I’m from, I finally get to move to my favorite city,” Syntax CEO Timothy Trudeau said. “It’s time to think less about the weather and more about what would be best for our clients and our respective families.”

Since 2001, Trudeau has been traveling to Nashville for business — sometimes as often as twice a month. The lion’s share of Syntax’s clients are Nashville-based. Digital service partners of Syntax’s — Google, Apple and YouTube — also have offices in Nashville. Although Syntax once drew strength from being an industry outsider, the distance became a challenge over time. 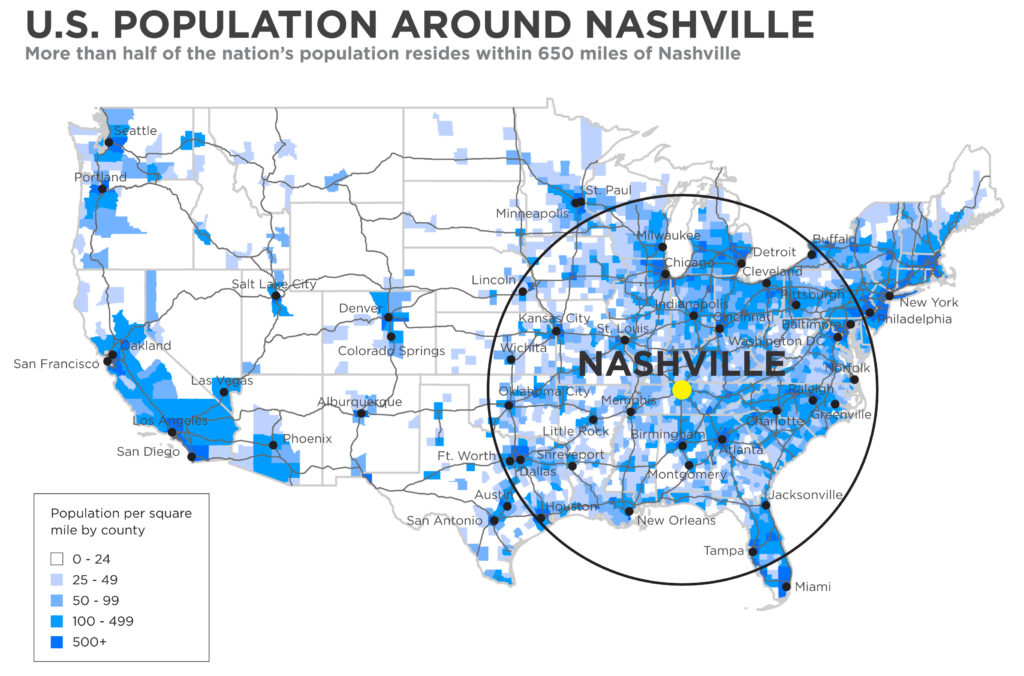 “Moving to Tennessee allows me to be closer not only to our clients and partners but more importantly, to my wife and four kids,” Trudeau said. “Less travel means more time at home with my family, and in Tennessee, I’ll also be able to place my children in better schools.”

“We’ve had years of deep relationships with people that we only meet once in a while,” said Syntax VP of Operations Brandon Musser, who has been with Syntax since its inception. “I’m looking forward to having closer proximity, and the ability to meet more often. And on a personal note, it’ll be nice not to have to water my lawn!”

Nashville is centrally located within 650 miles of over half of the United States population, according to the Nashville Chamber of Commerce. This equals more opportunity for Syntax and its clients. Tennessee also has superior cost of living to California and no state income tax. Nashville already had begun to feel like home after nearly 20 years of business there, but Syntax is excited to now officially call it home.

“The only reason I was even born in San Diego and able to enjoy a fruitful life in America’s Finest City, which also happens to be Zillow’s #1 most pleasant city, is because the family members who came before me were looking for a better opportunity for themselves and their future descendants,” Trudeau said. “More importantly, they had the guts to risk it all and make major moves. Who am I to live off the fumes of their hard work, without contributing my own effort to this cause?”