Prolific Songwriter And Producer To Fight Cancer With A Compilation Album

SAN DIEGO, CALIF. Aug. 21, 2017 — Syntax Creative is amped to announce a new partnership with DarkChild Gospel, a record label run by GRAMMY Award-winning songwriter Fred Jerkins (pictured), who in his storied career has written and/or produced for Michael Jackson, Beyoncé and Brandy. This October, DarkChild Gospel will release a new compilation album titled A Project of Healing, which is intended to increase cancer awareness, empowerment and education. Until then, fans can listen to its lead single, “We Won” featuring Jonathan Nelson, on their local gospel radio station and all digital outlets.

“I’m very excited about the different projects we have going on from Jermaine Dolly to the cancer awareness project which is close to my heart,” Jerkins said. “I expect great things in all that we will do together.” 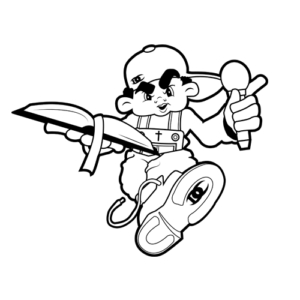 “Fred Jerkins is a beast,” Syntax CEO Tim Trudeau said. “It’s a privilege to work with someone that has such an amazing résumé.”

A Project of Healing will feature Bishop Paul S. Morton, Darwin Hobbs, Damita, Alexis Spight, Y’anna Crawley, Joann Rosario-Condrey and more. The compilation comes off the heels of a successful release by DarkChild Gospel artist Jermaine Dolly. His LP, The Dolly Express, topped Billboard’s Gospel Albums chart, and the music video for his lead single, “You”, has amassed over two million views on YouTube. “You” and his latest single, “Come and Knock on Our Door”, both landed in the top 10 on Billboard’s Gospel Radio chart.

“We believe Syntax is uniquely and specifically the right partner in the digital space to continue our success independently,” Jerkins said.

“We’re humbled by this opportunity,” Trudeau said, “and are going to work really hard for Uncle Freddie and all of DarkChild Gospel.”

More about DarkChild Gospel | DarkChild Gospel is an Atlanta, Georgia-based record label which specializes in gospel music and is headed by award-winning songwriter and producer Fred Jerkins III. To learn more, please visit DarkChild on Facebook by CLICKING HERE.