Amazon today introduced Amazon Music Unlimited in the UK—an on-demand music service that redefines music streaming by putting a catalogue of over 40 million songs and thousands of hand-curated playlists and personalised stations not just at the tips of your fingers, but also on the tip of your tongue. Amazon Music Unlimited makes discovering new music or listening to favourites easier and more fun than ever with the recently redesigned Amazon Music app as well as with innovative new Alexa voice controls.

“Amazon Music Unlimited brings real value to the millions of people in the UK who are already Prime members, with a choice of subscribing for only £7.99 a month or even £79 per year,” said Jeff Bezos, Amazon Founder and CEO. “And if you want a sense of the future of voice-controlled music, go ahead and ask Alexa for a free Amazon Music Unlimited trial, and play around on your Echo. If you don’t know the name of a song but know a few lyrics, if you want to hear songs from a specific decade, or even if you’re looking for music to match your mood, just ask. Our U.S. customers love Amazon Music Unlimited on Echo, and we think our UK customers will too.”

More for Prime Members
Prime members now have more choice than ever when it comes to music streaming. Millions of Prime members already stream music on Amazon Prime every month at no extra cost to their membership, making Amazon Music one of the most popular music streaming services in the world. The Prime Music catalogue has grown to more than two million songs in the UK and over one thousand hand-curated playlists and personalised stations.

Today, with the launch of Amazon Music Unlimited, Prime members who want even more music have access to a catalogue of more than 40 million songs and thousands of hand-curated playlists and personalised stations at a breakthrough Prime member price of £7.99/month or £79/year (which equals only £6.58/month).

Even Better on Echo
Millions of customers have fallen in love with Alexa and have given Echo over 30,000 5-star reviews on Amazon. Since the debut of Echo nearly two years ago, music consistently has been one of the most popular activities on Echo; now Amazon Music has reimagined music listening on Echo with intuitive new Alexa voice controls that turn your Echo into the ultimate personalised jukebox. No searching or browsing required…just ask. And with the advanced machine learning of Alexa, the Amazon Music experience will become more conversational and personalised all the time.

Amazon Music on Alexa also brings fans and artists closer together with behind-the-scenes artist commentary about their music, called Side by Side. Customers can simply ask, “Alexa, play the One Republic Side-by-Side” and Ryan Tedder will play and comment on songs from One Republic’s latest album Oh My My. Side-by-Sides are available exclusively on Amazon Music from top artists such as Emeli Sandé, The Chainsmokers, Sting, Two Door Cinema Club, Madness, Norah Jones, The Shires and Michael Buble, with more being added all the time.

Sleek and Intuitive New App
The Amazon Music app has been redesigned with a beautiful, new interface that emphasises artist images and album art and puts music discovery and playback front and center. Key features of the app include “Home,” which showcases selections by Amazon Music editors to help customers stay up-to-date on the music they love and what’s trending and popular; “Recommended,” where customers can find personalised music suggestions powered by Amazon’s recommendation technology; and “Now Playing,” where synchronized lyrics make it easy to follow along to your favourite music. 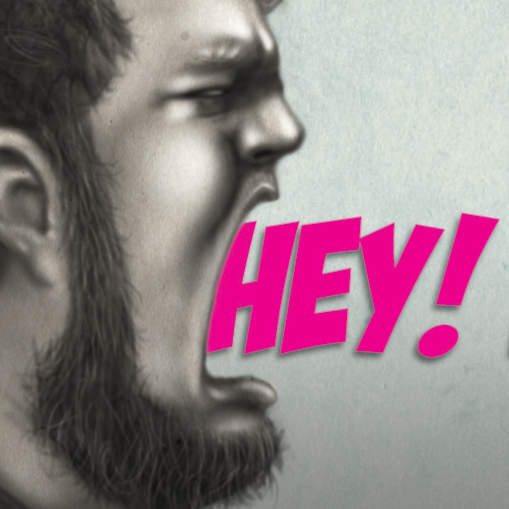 CEO of Syntax Creative. I like to build things and hear people laugh. I should have worded that better.