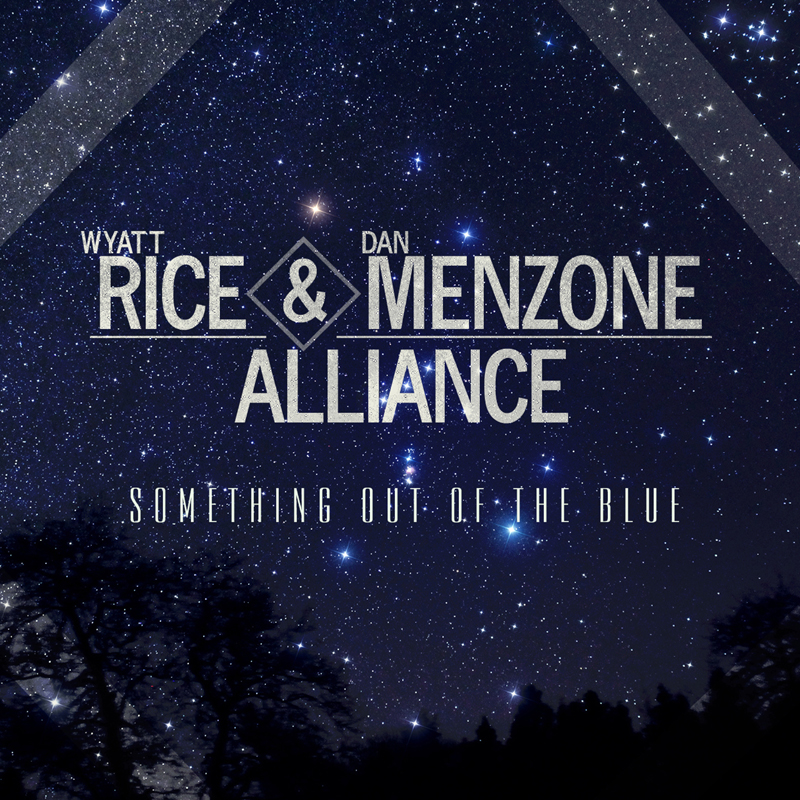 The Rice Menzone Alliance – “Something Out of the Blue”

Mountain Fever Records is proud to announce the release of brand new music from the Wyatt Rice & Dan Menzone Alliance. Something Out Of The Blue will be released March 18th and is available for preorder now!

Fans of acoustic guitar music should be well acquainted with the name Wyatt Rice. He was first spotlighted as an original member of the Tony Rice Unit. He has been featured on numerous recordings and videos, including his solo album “Newmarket Gap” and “Picture In a Tear” with his own band, Wyatt Rice & Santa Cruz; and despite being an adventurous banjoist, a composer, and a recording artist (he can claim four albums with his former group Traver Hollow and two solo albums), Dan Menzone remains unfamiliar to most bluegrass fans. As Dr. Ted Olson states in the liner notes of the duo’s new album, “By combining the individual and collective strengths of two musicians who have never sought the limelight—musicians who for years have been quietly yet resolutely dedicated to their separate visions of the possibilities for bluegrass music—the Rice-Menzone Alliance is truly greater than the sum of its parts. And on Something Out Of The Blue they truly merge their visions. The music on this album is at the same time workmanlike and magical—it is painstakingly crafted and yet offers much that is truly surprising, something out of the blue.”

Something Out Of The Blue is chock-full of expert musicianship from Rice who plays guitar and Menzone who plays banjo on the entire project. The duo have brought together elite musicians to round out the band — Fred Carpenter on fiddle, Rob Ickes on Dobro, Adam Steffey on mandolin, Ron Rice and Eric Seay on bass — and together, this group of masterful virtuosos are allowed to creatively interpret seven instrumentals on the album. The remaining five songs on the 12-track project are perfectly sung by the likes of Richard Bennett, Russell Moore, and Don Rigsby, with support vocals from Dale Ann Bradley and Dan Boner.