Bluegrass; Pinecastle Records — STREAM / BUY single Bluegrass group Merle Monroe is excited for the release of their brand new single, “God’s Still in Control.” Written as a response to the current COVID-19 outbreak, the chilling ballad serves as the lead single from the band’s forthcoming sophomore project, slated for release in early 2021. “God’s Still in Control” was penned by Merle Monroe co-founder Tim Raybon in mid-March when it became obvious that the COVID-19 outbreak would soon be wreaking havoc on the country. As it became apparent that festivals and concerts were beginning to cancel, a heartbroken Raybon took pen to paper after more and more people began getting laid off from work. Following the news of the devastating Nashville tornadoes paired with the passing of Country legend Joe Diffie, the Bluegrass singer had a clear message in mind. “While writing, I was reminded throughout history how real God becomes when we personally, or as a country face a sudden tragedy like Pearl Harbor, 9/11 or a loss of a spouse or a family member,” explains Raybon. “I knew deep down God is in control of this. Nothing takes Him by surprise. And sometimes it takes earthquakes, floods, tornados and even something we have never even considered like this coronavirus to get our attention. I hope this song is a blessing to you.” 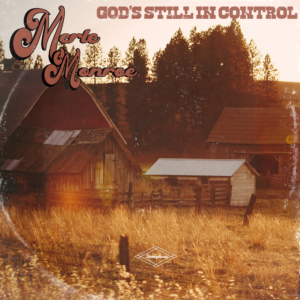 Merle Monroe’s upcoming second album will serve as the follow-up to their critically-acclaimed debut project, Back to the Country. Heavily inspired by their main influences Merle Haggard and Bill Monroe, that connection is on full display throughout the collection. To date, the project and its songs have gone on to hit No. 1 on multiple charts, officially putting the band on the map over the last year. To learn more about Merle Monroe, please visit the band’s official website. Also, anyone who would also like to make any kind of donation to musicians in need can do so through the IBMA Bluegrass Trust Fund. About Merle Monroe | Pinecastle Recording artists Merle Monroe is a band created by musicians Tim Raybon and Daniel Grindstaff. Basing their sound from collective experiences as professionals in the music business, which essentially is a mix of vocally centered, hard-driving Bluegrass, all along tearing at listeners’ heartstrings like a Merle Haggard style ballad. Merle Monroe believes Bluegrass, Gospel and traditional Country music are America’s music, the stories of the common man and the sounds of the mountains. Adding the superb talents of Eli Johnston, Josh Doss and Derek Deakins, the goal is to choose songs that relate to everyday life, be that with heartfelt vocals, a ballad, a hard driving banjo, or an upbeat song that takes your mind away from today’s current distractions. Their name comes from their main influences, Merle Haggard and Bill Monroe.

Master’s Voice releases video for ‘Things Only God Can Do’...