Breaks to the Edge

Bluegrass; Mountain Home Music Company — STREAM / BUY album Award-winning bluegrass artist Sideline releases Breaks to the Edge | Bluegrass powerhouse Sideline is keeping the momentum from a successful 2018 release and a major IBMA award going with its new album, Breaks to the Edge, now available from Mountain Home Music Company. Following the band's great success with its acclaimed release Front and Center (STREAM/BUY) and its single, “Thunder Dan”—which topped the year-end chart as the #1 Bluegrass song in radio, and followed that accolade by winning the IBMA’s Song of the Year in 2019 — Breaks to the Edge, is a collection of songs that range from high-energy traditional Bluegrass to progressive destinations and all points in between.
[caption id="attachment_5384" align="aligncenter" width="300"] 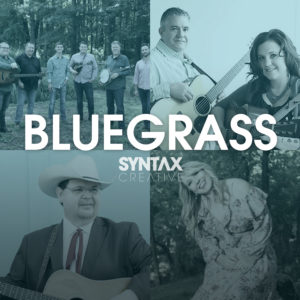 Tap cover to listen to "Digging My Own Grave" in the Bluegrass Sounds playlist on your favorite digital service![/caption] 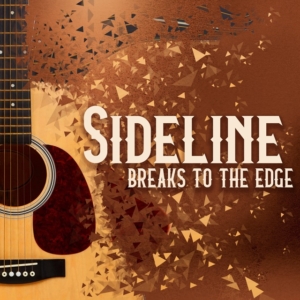 Reflecting the North Carolina group’s roots and experiences, the set includes stories of traveling troubadours like that told in their radio single, “Return to Windy Mountain,” (STREAM/BUY single) a nostalgic reminiscence of country living in “Southern Wind,” a classic bluegrass ballad of tragedy, “Down in the Willow Garden,” the reproachful Stanley Brothers favorite, “Your Selfish Heart” and more. > WATCH official video for "Return to Windy Mountain" at SyntaxCreative.com, please CLICK HERE On the more progressive side, Breaks to the Edge offers a cover of Steve Wariner’s “Crash Course in the Blues,” with Skip Cherryholmes taking the vocal lead on a wry tale that justifies the album title with Southern-rock style jams. At the other end of the spectrum, the classic southern gospel song "I’ll Live Again" highlights Sideline’s refined vocal abilities with supremely blended 4-part harmony. The high lead vocal of guitarist Bailey Coe flies above Sideline’s blended harmonies in a pair of furiously up-tempo barnburners (“Digging My Own Grave” and “Roll On Blues”), providing a flavorful contrast to Troy Boone’s aggressive lead vocals and mandolin playing on the tragic love song “Amy.” Supple, energetic fiddling from Daniel Greeson spurs songs like “Square Dance Town” but also lends a haunting, mournful opening to “Return to Windy Mountain.” Throughout, the band’s tight mix of power and dynamics is driven by the pocket and pulse of original member Steve Dilling’s award winning banjo and co-founder Jason Moore’s bass, while Cherryholmes, the third colleague at the group’s heart, dishes up impressive flatpicking from start to finish. With a loaded national performance schedule and now their 5th studio album,Sideline continues to be a tour de force in bluegrass. Breaks to the Edge captures this power, making a statement that Sideline will continue to do what’s propelled them to this point. About Sideline | Sideline is a pedigreed six-piece powerhouse whose style has set the pace in Bluegrass for over two decades. Founders Steve Dilling, Skip Cherryholmes and Jason Moore can all claim their own historical significance to the genre as members of highly awarded groups, multiple Grand Ole Opry appearances and years of national and international touring. What started as a side project for the seasoned players soon moved to the front and center and they began to record and release albums in earnest. This year, Sideline won the IBMA Song Of The Year Award for their hit single, "Thunder Dan." To listen to Sideline reminds the fan of why so many people fall in love with Bluegrass in the first place; pulse-pounding drive, songs sung from the heart, perfected timing and dynamics as well as a visceral emotion in the rendering. A band that was started as an off-season fun experiment has become a full-time dream team of players and singers. The band, recorded or live, move dynamically from well chosen, hard-hitting neo-traditional covers of classic songs to new material curated by a band with a perfect sense of who they are and what they have to say. Combine all this with their on-stage energy and finesse as well as their powerful and affecting harmonies, and you have the embodiment of the North Carolina Bluegrass sound. Sideline has released 4 national projects and records for the highly awarded Mountain Home Music Company based near Asheville, NC. About Mountain Home Music Company | Mountain Home Music Company, a division of Crossroads Label Group is a premier Bluegrass label with global distribution, representing such elite artists as Balsam Range, The Grascals, Lonesome River Band, Chris Jones & The Night Drivers, NewTown, Gina Furtado, Kristin Scott Benson, The Cleverlys, Danny Roberts, Sideline, Unspoken Tradition, Fireside Collective and Thomm Jutz. Established in 1993, Crossroads is a market leader in the Bluegrass, Americana, and Christian Music fields.